Neyo wants to work with...?

If you’re reading this site, you’re probably a big fan of K-pop, but for those of you who also listen to American music, you probably have heard of singer-cum-producer Ne-Yo. Well, it seems like in the midst of preparations for his concert in Korea, Ne-Yo has also been taking a keen interest in collaborating with Korean stars as well!

On Twitter, Ne-Yo conducted an “Ask Ne-Yo” segment which is kind of similar to fantalk (where fans get to ask their K-idols questions). So which Asian artiste would Ne-Yo choose to partner if he could? The singer’s answer was… 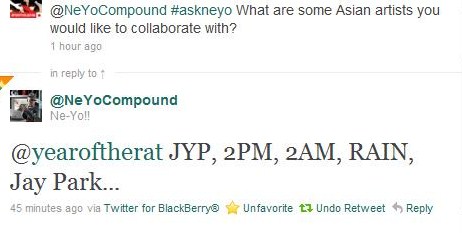 How cool is that?! Ne-Yo did manage to work with Jay Park, in a way, as the latter had previously performed at his March 30th concert in Seoul as a special guest. They also teamed up to become role models encouraging children who had dreams of pursuing music as their future career. 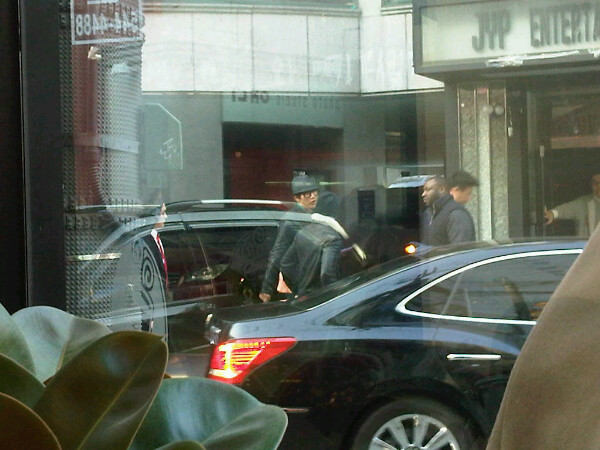 What’s more, Ne-Yo himself was snapped hanging out outside the JYP building with 2PM‘s Junsu. Seeing how JYP always seems so eager to push his artistes into the American market, he’d probably leap at the chance to collaborate with someone as popular as Ne-Yo. It’d be a terrific stepping stone for JYP to achieve his dream of world domination, I guess; keeping my fingers crossed!