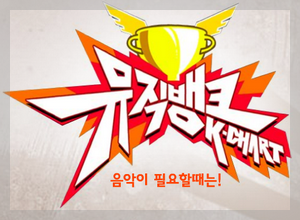 Korean music shows have regularly been used as an effective method of publicity for singers promoting their new song(s). Over the years, chart rankings on these programs have evolved into an indication of an artiste’s popularity, as a larger and more stable fan-base would be able to show greater support for their idol. As such, it has become a necessity for idol groups to perform on such music programs and compete for the #1 position on the music charts.

However, KBS‘s Music Bank, one such music show in Korea, has been bearing the brunt of criticism for its allegedly unfair chart ranking system. The 3 main areas of criticism are: the show’s chart-ranking system, over-shortening of performances, as well as consent to lip-syncing for certain performers on the show,

Firstly, viewers have been complaining that the system of selecting first-place winners on Music Bank’s charts is unfair and does not accurately represent the truth. It was suspected that some entertainment companies were buying back massive numbers of their artistes’ new albums, in a bid to attain the coveted #1 rank on music charts. Since chart positions are determined by song ranking, album ranking, broadcasting points and preference, it is possible for even a mere rookie to shoot up to first place if the company purchases thousands of albums in one day.

Recently, Brave Girls, Rainbow and 4minute were accused of using this tactic to increase album sales, and subsequently hit #1 on various music charts. As rookie groups normally lack a stabilized fan-base and thus would take a longer time to climb up the rankings (unless they, or the song itself, already reached considerable popularity), many viewers expressed disbelief that Brave Girls, a rookie group, was able to grab first place on a certain “most popular selling songs” chart. When Rainbow and 4Minute quickly followed with sharp spike in album sales, many are shooting accusations at the agencies of these groups for cheating in order to achieve an “all-kill” effect. 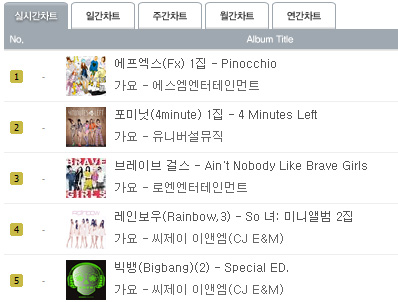 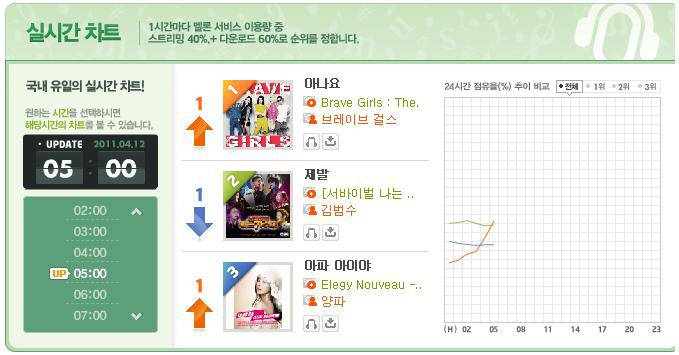 Why has it become so easy to manipulate your way to the top spot? Gone are the days where albums can reach millions in sales. Today, with increasing use of the Internet and illegal downloading, as well as over-saturation of the market, the Korean music industry has become such that selling 10, 000 albums is considered a feat for strong idol groups.

Secondly, Music Bank has come under fire for showing blatant favoritism towards certain singers. Fans of Big Bang, for instance, are waving their pitchforks over the fact that while relatively unknown groups and rookies were given the opportunity to perform 2-3 songs, Big Bang was only allowed 1 song despite their 2-year-3-month absence from Korea’s music scene. VIPs also claimed that when Big Bang had a guaranteed 1st place on charts, Music Bank removed its 1st-place award ceremony to make time to celebrate its 600th episode. Big Bang’s relationship with KBS had always been rocky at best, and there had been disputes between both parties regarding the number of songs Big Bang was allowed to perform.

g.o.d, an idol group part of the original K-pop idol wave, guested on the April 23rd broadcast of Music Bank. However, viewers felt that they had been treated without due respect as their performance was supposedly cut short in order to make way for the next performer, TVXQ.

The third issue revolves around how some singers are allowed to lip-sync on the show, when they were supposed to be live performances. Although this is certainly not a new topic of controversy, viewers are getting fed up with the growing flaws in Music Bank’s system. Some have even called for KBS to end the show, commenting that it was doing more bad than good.

I’m not sure where to stand, as neither KBS nor the entertainment companies have responded to all these accusations. Perhaps KBS will be able to provide substantial evidence to refute viewers’ claims and restore Music Bank’s credibility. It could very well be bitter fans trying to stir up controversy, but as much as I don’t want to believe it, it could also be the cold hard truth. It’s extremely saddening how competition within the Korean music industry has sunk to such standards. Buying back albums is pretty counter-productive, if you ask me; why spend so much money making an album, then burn another hole in your pocket getting all your stock back again? What about those fans who have been supporting their idols by loyally purchasing every single album? It’s an injustice to them, seriously.