Are you ready for the Best Love? 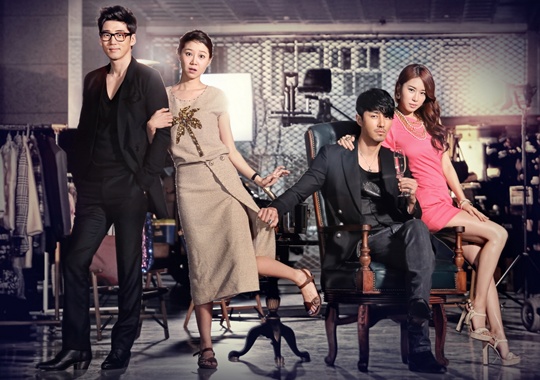 Best Love, the Hong Sisters‘ newest Kdrama is coming soon!  The team behind some of the best rom-com Kdramas like You’re Beautiful and My Girlfriend is a Gumiho are about to unveil their latest effort.  The Kdrama is about an actor at the top of his game, an ex-idol trying to make a comeback, and a fake variety show à la We Got Married.

After running into some problems early in production, the male lead changed from Lee Seung-gi to Cha Seung-won as the story got some little tweaks to avoid plagiarism claims.  Now this interests me, I would think that the script must be pretty good for ‘Mr. Badass’ himself, Cha Seung-won to accept a rom-com role as the “National Star” actor at the top of his game.  The female lead is Gong Hyo-jin, playing the ex-idol trying to make a comeback.  The second leads in the drama are Yoon Kye-sang and Yoo In-na. The drama will look into the lives of stars in front of and behind the camera and the power of variety shows in Korea.  A teaser for the Kdrama has recently been released, check it out.

Yes!!!  I don’t know about you , but I’ve been currently living in a Kdrama rut.  I’ve heard Midas is pretty good and it stars some of my fave actors/actresses, but the storyline just didn’t interest me.  Best Love seems like just what the Kdrama doctor ordered.

Best Love will premiere on May 4th as a Wednesday-Thursday drama for MBC after the completion of Royal Family.