It's Rain on TIME again! 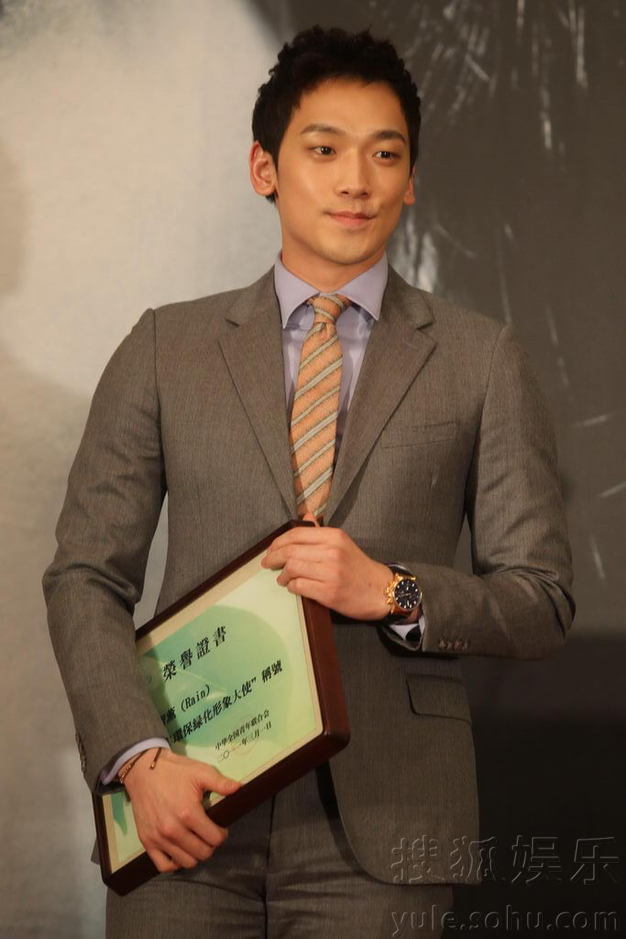 Last year in April, Rain managed to bag the Biggest Badass Award at the 2010 MTV Movie Awards, thanks to the efforts of dedicated fans and his work in Ninja Assassin.

This year, Rain managed to lead yet another poll-this time on the 2011 Time 100! The winner of this online voting poll will be part of TIME Magazine’s World’s Most Influential 100 list. Rain is currently sitting on the top spot, above other influential Americans such as Lady Gaga and Susan Boyle. Voting will close on April 14th.

I’m surprised at how popular Rain is. I mean, he’s been around for like 10 years, and his fanbase doesn’t seem to be dwindling at all. Maybe amidst all the young pretty boys flooding Korea’s music industry, Rain’s maturing masculinity just shines through even more. (blush!)