f(x) Amber talks about being MIA 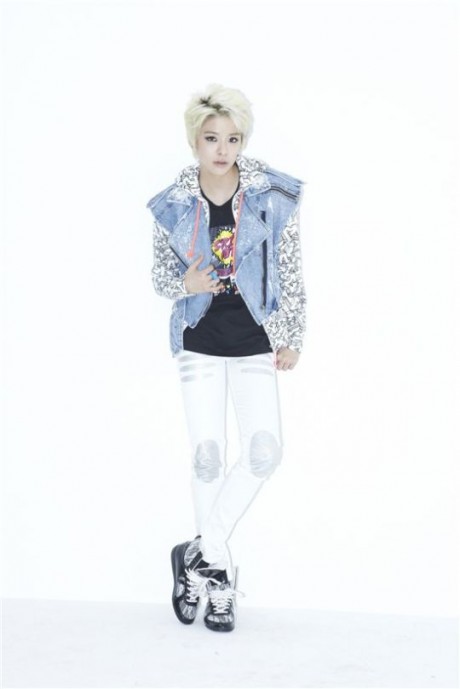 I never thought I’d pay attention to a group like f(x). I mean, as a whole, they’re all pretty and talented in some way, plus everyone was making a big fuss over Krystal since she’s the sister of Jessica from SNSD, but their songs REALLY held no appeal for me at all. “LA chA TA?”  What the heck does it even mean!? (Well, after some Googling I found out that it was just some random word the songwriter came up with to sound good with the song. Sorry, I’m really good at digressing.)

But the moment I set eyes on Amber, I knew I was a goner. Pardon me, but it was during an era whereby K-pop was being flooded with Barbie dolls everywhere, all right? All the Korean girl group members were armed with the typical Bambi eyes, long swishing hair and legs half the width and twice the length of my own. I was desperate for a change; my self-esteem couldn’t take any more beatings. So once Amber popped into the scene, all the other girls who felt the same way as I did went crazy. With her androgynous hotness (oh gosh, the floppy fringe that can totally rival Justin Bieber’s!), Amber has confused poor females everywhere, and became the new obsession of fangirls.

Unfortunately, in the past year, this particular member suddenly went MIA, reportedly due to a leg injury of some sort. At first, fans didn’t think much about it, since it was common for idols to suffer from some physical conditions every now and then. However, as time passed and Amber flew to America, the other f(x) members started getting involved in their own projects without her, and the panic really kicked in. Rumors started flying everywhere, ranging from how SM Entertainment fired Amber, to how there had been a major catfight within the group. There was also a whole lot of bitching about how without Amber, f(x) was nothing special anymore. (Uh, how about Luna‘s vocals and Victoria‘s dancing? Though really, what’s Sulli doing with them?)

But hooray! Amber finally returned this year for the group’s Pinocchio comeback, much to the collective relief of her fans. Recently, through a Sports Today interview, she finally dismissed all the relentless gossip. Amber stated that during f(x)’s hiatus, she had gone to the US in order to concentrate on healing her leg injury. However…”I randomly came across a rumor that claimed there was discord within our group and that I’d be departing. The first time I heard it, I just laughed. I’m the playful type, so the only thing I was thinking about was how to surprise the public with my appearance.” Amber tried not to dwell on those hateful comments and focused on making a speedy recovery instead.

Honestly, I WAS suspicious when Amber disappeared into thin air for so long, and I DID NOT BUY SM’S “OFFICIAL STATEMENTS” AT ALL. But it doesn’t matter, because Amber’s back, and prejudices aside, I actually like the songs in their new album!