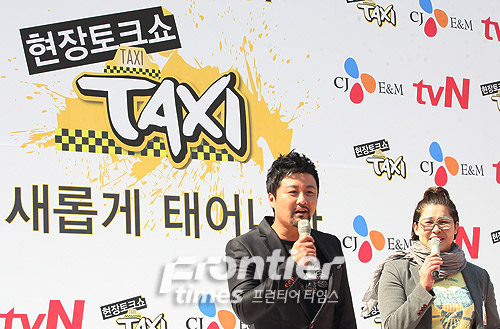 The variety talk show Taxi on tvN hosted by Gong Hyung-jin and Lee Young-ja just got a makeover with a brand new taxi loaded with new equipment.  A press conference was held at 5:00 pm on April 5th at the CJ E&M Center in Sangam-dong, Seoul to introduce their new car and their special first guests in it, DBSK‘s Yunho and Changmin. 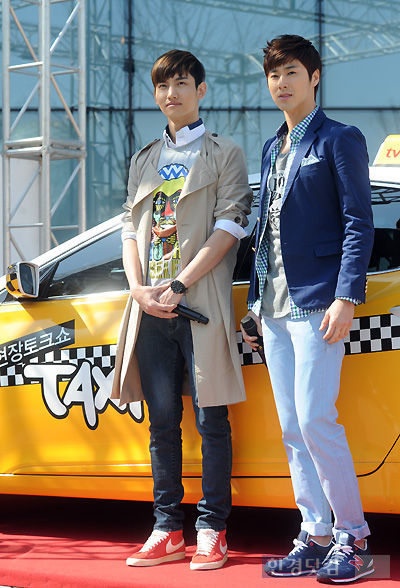 Changmin and Yunho said that they would be frank with their answers during the talk show… uh, huh heard that one before.  Here’s a short clip from the press conference.

I can totally see how Taxi deserved a makeover, past episodes with Hyun Bin, Seungri, and Park Han-byul and Yoon Eun-hye have been excellent with hilarious sections on the show and high ratings.  The DBSK episode will air on April 14th.  On a side note, just got a call from a contact visiting Seoul that happened to be in Myeong-dong today (April 5th) around 7:00 pm shopping and saw Yunho at a store there.  They supposedly got some sweet pics of him (if I get them, I’ll share).  Hmm, I wonder if this was after the Taxi shoot or part of it?