Sorry for the delay of 5 Things, but when your BFF is back home from Michigan to get married, what’s a Kpop blogger to do?  (Congrats A & K!).  Now on to 5 things:  Don’t mess with ahjummas, A Big Bang on Sound Plex, a 10cm Clover on Sketchbook, We Got Married Redux, and a Sweet & Savage Running Man.  These are the 5 Things that happened in Kpop last week that I think were a little bit more special than the rest.

Infinity Challenge vs. The Ahjummas

You know I try to fit in as much Kvarieties, Kdramas, etc. that I can, but one can only watch so much with the rest of your life outside of Kpop going on. So, this week I was glad that I happened to fit in Infinity Challenge because it was a winner! They played the old switcheroo with IC member Jung Jun-ha trading places with professional baseball player Lee Soong-yong of the Nexen Heroes.

While it was amusing to see Jun-ha try to make it in the big leagues, it was down right hilarious to see Soong-yong take on the obstacles thrown before him and the rest of the Infinity Challenge cast. The ‘obstacle’ in this instance was a wall of ahjummas (and some pretty buff interns in drag) blocking the way at a mock cabbage and radish sale. Texas could’ve totally used a defensive front like this for this past NCAA’s football season…. be afraid, be very afraid.

Ah, you just gotta love Yoo Jae-suk and that ahjumma in the red checkered shirt… SCARY.  Soong-yong was the only one to be even remotely successful against the ahjummas (really, I don’t think they even needed the interns/crew guys), but did you see his legs? With legs like that and the moves to match, no wonder. Check it out.

Ah, skills like that would make any mother-in-law proud. The cast also tried their hand at making some kim-chi which Soong-yong’s teammates tried out and then voted for their favorite.

A Big Bang on Sound Plex

Okay, I know I had this on last week’s 5 Things, but this is part two and when you’re good, you’re good.  First up Daesung‘s performance of “This is the Moment” from the musical Jekyll & Hyde.  I’m not sure how I feel watching my fave Dae-dae singing a song from a musical about an infamous serial killer, but the song is great and so is Daesung- LOVED it!

I didn’t have a chance to see Jekyll & Hyde live, but I did see clips of some of the music from the show and it is spectacular.  I can totally see Daesung getting more into musicals, especially after his idol days are over.  Taeyang also had his solo performance in part two of the show, check out his dance moves in a performance of the Jackson 5‘s “I Want You Back” and “Only Look At Me.”

The group also sang their current hit “Tonight. ”  I was disappointed that they cut out a big part of Seungri and T.O.P.’s ‘special maknae & hyung hug‘ and the resulting dumping of Seungri on his @$$, Korea and its censorship rules- whatcha you gonna do?

Eun Ji Won‘s special project group Clover made up of himself, a female rapper under his label GYM Entertainment Gilme, and Tyfoon made their live debut on Yoo Hee-yeol’s Sketchbook. Ji-won seems to really like the Latin hip hop genre, especially with the use of Latin brass.  Check out their performanve of Ji-won’s 2007 hit “Adios.”

Next, the group performed their debut song “La Vida Loca.”

You know, I haven’t been in K-pop for a long time so my knowledge of Eun-Ji-won was basically from his appearance on 1N2D, but I guess he’s a pretty bada**  rapper, too.

Also guests on the show were K-indie group 10cm made up of members Kwon Jeong-yeol (vocal, djembe) and Yoon Cheol-jong (guitar) two friends who have been jamming together since high school, through military duty, and college.  I’ve seen the name of the band around, but never really had the chance to listen to them so found their performances to be a pleasant surprise.  They have a great mellow rock sound like a Jason Mraz or Jack Johnson, check it out.

not sure who the dude on the melodica was, but he was jamming out, too.  But, The performance I LOVED was this little jam session (including Yoo Hee-yeol himself) to Seo Taiji & the Boys “Come Back Home” which even in my limited knowledge of Kpop history, I know was the song of a generation in 1990s South Korea which did lead to many of Korea’s young runaways to indeed “Come Back Home” (by the way loved the intro à la SNSD‘s “Gee”).

We Got Married Redux

Ah, parting is such sweet sorrow. I’m totally gonna miss the Goguma couple of Jung Yong-hwa and Seohyun. I’m sure because of their busy schedules they weren’t able to have a big blowout goodbye trip like say the Sangchu couple did, but their last episode was still memorable. Their final goodbye was so sweet with the precious gifts they gave to each other.

Love them, but still can’t understand how after being together for a year giving a hug to each other was such a big thing to do.  I guess it’s just a cultural thing.  I’m totally sad that we’re losing the Gogumas so soon after the loss of the Adams, I mean they didn’t even replace JoKwon and Ga-in and Yong-hwa and Seohyun are leaving.  I’m hoping for the best with the new couples they have coming on board.

I haven’t seen the new episode yet (I told you guys I had a busy weekend, right?), so am really hoping these new couple are able to create some sparks to fill the void left behind.

This week’s guest on Running Man was actress and former Family Outing member Park Ye-jin. In a hilarious first mission, the Running Man cast was left in some out-of-the-way locations and had to give away 30 autographs before they were able to start searching for their secret guest who was looking for hidden Running Man tags in clothes that would eliminate them from the mission, check it out.

See what happens when Kim Jong-kook discovers Ye-jin after he was already eliminated. Talk about taming the dragon.

Jong-kook has totally been hanging out with Yoo Jae-suk too long, what a cheater! For those of you not familiar with Family Outing, you might still be wondering why she’s referred to as the ‘Sweet & Savage Ye-jin’. See how Ye-jin manages to win the game even though Yoo Jae-suk had her in his grasp.

I freaking LOVE Park Ye-jin- in Kvarieties, in Kdramas not so much (hello, My Princess). 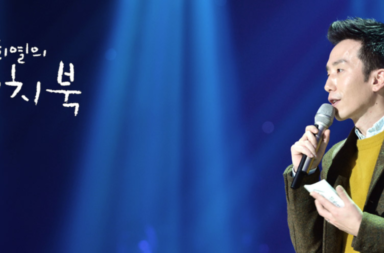