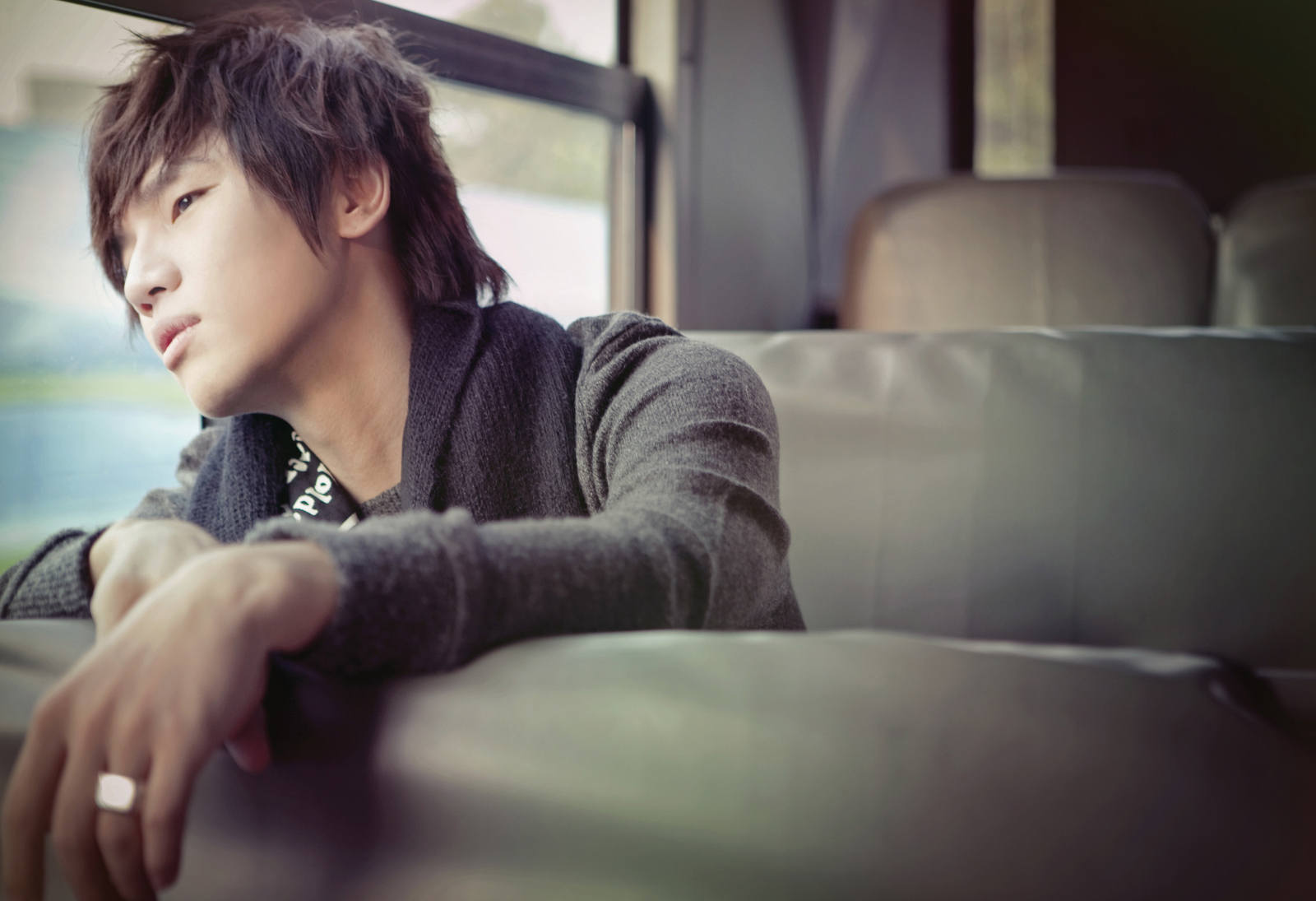 K.Will, the talented balladeer, has just released his second mini-album, Heart Beats, (One word or two? I think two is more fun.) consisting of 6 ‘real’ tracks, and two instrumental tracks. K.Will is a strong and smooth tenor (I prefer bass to tenor, but that doesn’t keep me from enjoying K.Will…), and very pleasant to listen to. But wait! There’s more! You have to see the mv for his title song!!

How do you say adorable?!? I am a sucker for a good mv, and I love this one!! I love the plays on English and Korean (ie, 2 June = Lee Joon (Ee is two in Korean), and IU -> I like U), the adorkableness of Lee Joon, and the cuteness (and many minds) of IU. (Does anyone else find it ironic that K.Will cameos in his own music video? I don’t mean ‘appears’, but ‘cameos’ – he’s on screen for what, 5 seconds??) I also like that they didn’t dwell on the whole ‘Whoa! He got injured!’ part like many other mvs/melodramas tend to do. The end of the mv said, “To be continued…” Guess who’s anxiously waiting for part 2?

A previous single, Gift, is also on the album, and if you haven’t already seen that mv, watch it here.

PS Did anyone else realize that K.Will and Sistar are in the same company? I didn’t realize that until I was browsing their YouTube channel.)