Some companies restrict their idols from dating, but for Starship Entertainment, the company that manages SISTAR, they really couldn’t care less. 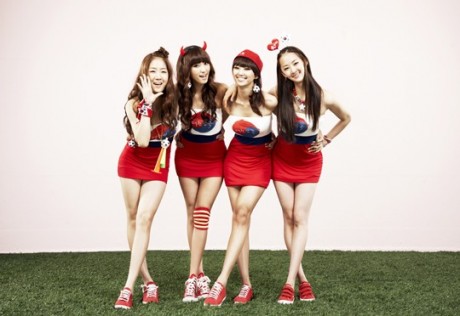 That’s not completely true. Bora recently revealed that her company has asked them not to date but specifically stated that if they could not help themselves, that they would prefer if they dated a top star.

Based on superficial, even random, reasons, I would set Bora up with SS501‘s Kim Hyung-Joon, Hyorin with Big Bang’s Taeyang, Soyu with 2PM’s Changsung, and Dasom with Super Junior’s Heechul.