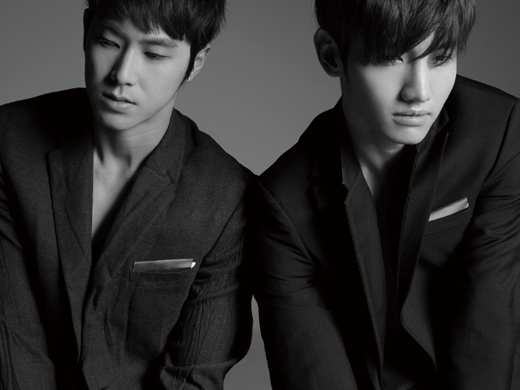 Almost everyone can agree that SM’s repackage album system is absolutely diabolical on the wallet and the psyche, but considering how most follow-up singles from SM artists are oftentimes better than the initial promo single (Suju’s “It’s You”; BoA’s “Copy And Paste”; SNSD’s “Run Devil Run”….or maybe it’s just a personal taste thing), I can’t complain too much.

For whatever reason, DBSK began performing “Maximum” on weekly music shows, after promoting “Why? (Keep Your Head Down)” for about a month. However, it looks like DBSK has something else in store for both Korean and Japanese fans alike.

Yippee for a new song – especially one that’s billed as an R&B track – but remember what I said in my DBSK album review about re-releasing DBSK’s Korean album and calling it Tohoshinki’s 5th album? Even though DBSK is still under Avex, I’m still kinda (really incredibly) peeved that Tohoshinki’s 5th album is going to be a Japanese version of their Korean album. Maybe it’s because I’ve always liked DBSK’s Japanese works more than their Korean works, but the one thing that set Tohoshinki apart from any other incoming Hallyu act was that they produced Japanese albums with new material, apart from their Korean songs. Sure, the group would always release Japanese versions of their Korean lead singles, but that’s not the same as taking an entire Korean album, translating all the songs into Japanese (if we’re lucky), and then calling it a Japanese album.  Granted, I can’t make a good judgment call on this new “Japanese” album as of yet, seeing as all we have is the title of the album. But all things considered, I have a big, big hunch that I’m going to be muy disappointed. Excuse my butthurtness.