What's Up is good to GO!

Good News, Daesung fans!  The Kdrama What’s Up has finally got an air date.  SBS has announced that the drama will debut on March 21st after the completion of Paradise Ranch in the Monday/Tuesday at 21:00.  Fellow Kdrama fans might be confused by this announcement because recent reports were that SBS was scrapping that time slot, but I guess What’s Up was too good to pass up, well at least that’s what I’m hoping happened.

It was announced last year that Daesung, along with actors Im Joo-hwan and Im Joo-eun, were personally selected by the drama’s writer Song Jin-ah, whose past hits include dramas like KAIST, Sandglass and Story of a Man, as the lead actors.  The drama follows the lives and loves of students enrolled in the music department of Chungkang College as they pursue their dreams to be stars.  Other up-and-coming young actors cast for the drama were Jeon Hye-jin, Jo Jung-seok, and one of G-Dragon‘s homies model/actor Lee Hyuk-soo.  Open auditions were held for supporting roles with 10 lucky newcomers being selected out of the 10,000 that competed.

At one point it looked like What’s up and Dream High would be released about the same time therefore having two music based student dramas competing against each other.  All the actors in What’s Up began vocal and dance training and the drama began filming in July 2010.  But, while Dream High finally got a debut date in early 2011 nothing was heard about What’s Up and I feared the worst possible scenario (*cough* Birdie Buddy).  It’s reported that 90% of the drama has already been completed which is good news for Daesung with Big Bang making their comeback on February 24th.

Ahh, I’m soo excited! Dream High has been such a pleasant surprise, I hope What’s Up doesn’t disappoint either.  But come on, with Dae-dae looking like this in the drama: 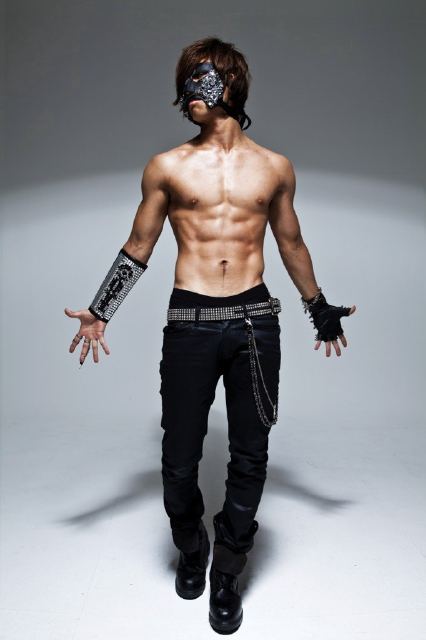 how bad could it be?  In case you haven’t seen it or forgot what it was like, check out a teaser for the drama below.