The disbandment of Five Girls was a blessing?

Have you ever heard of this girl group named Five Girls? 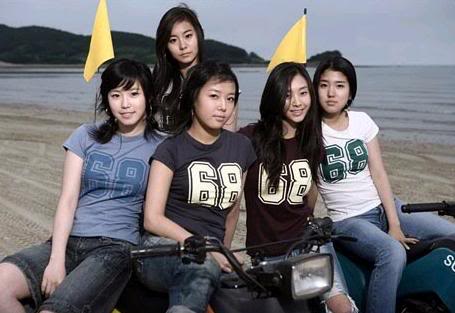 Well, if you haven’t, it’s probably because just before they never did get to make their grand entry into the industry. The group consisted of Yoobin, UEE, Hyosung, Gina and the lesser known Jiwon.  Just as the girls were about to debut with a reality show already under their belt, misfortune struck and the group eventually had to go their separate ways in 2007.  Netizens then awarded them the slightly unflattering moniker: “The Unlucky Group”.

Although it was indeed unfortunate, all 5 members continued chasing after their dreams and signed with different agencies after the disbandment. Yoobin of course was the first to taste success after joining Wonder Girls, followed by UEE when she became part of After School. Hyosung then debuted with Secret as their leader, Gina took the stage as solo singer G.NA, and Jiwon is currently a successful musical actress.

Now that all the Five Girls have achieved varying degrees of fame and popularity, netizens have been eating their words and conceding that the disbandment probably was a blessing in disguise. This just goes to show that it is possible to rise from failure as an underdog. I guess with determination and hard work, you CAN actually change your luck!