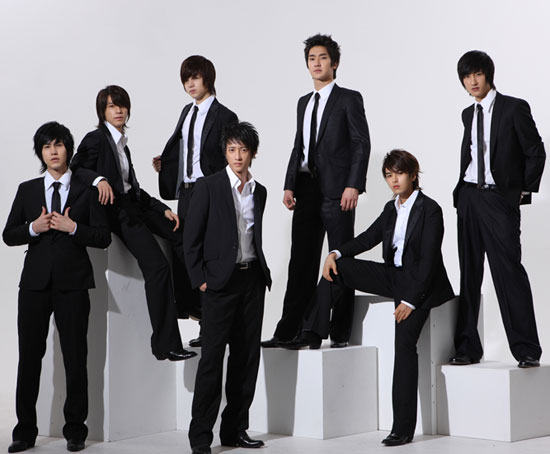 Call me a Debbie-downer for openly saying this, but I had thought that Super Junior-M had died with Hangeng‘s departure from SM Entertainment. Apparently I had thought wrong. According to the website of a Taiwanese online radio station, the Super Junior subgroup will be releasing a new song on Monday, marking the start of the group’s first activities sans Hangeng.

What is of greater interest is this message posted by a CCTV director regarding a recent TV program filming featuring eight Super Junior-M members: 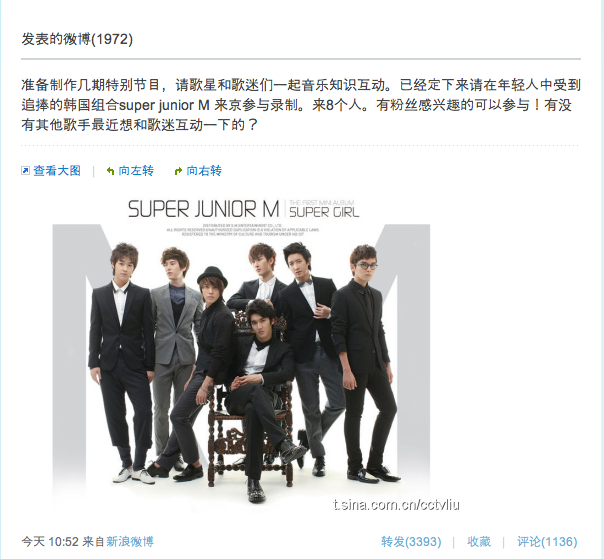 We’re currently working on a special program and we hope that fans and performers alike can interact through their shared musical knowledge. We’ve already confirmed that the Korean boygroup most sought after by young people – Super Junior -M – will be participating in the recording. Eight people will be coming. Interested fans are welcome to participate as well! Are there any other singers out there who have recently also expressed a wish to interact with their fans?

Which, I mean, good for Eunhyuk and Sungmin, but I’m also worried that this change to the group dynamic will subsequently mean that two members who can actually speak Chinese – Zhoumi and Henry – will be overlooked during the time where their Chinese speaking skill is most needed. If Sungmin and Eunhyuk are indeed added to the group, here’s hoping that Zhoumi and Henry won’t be reduced to the two awkward non-Koreans who are just there to translate when things get awkward on variety shows.