Seungri was supposed to be the lead in 'Mozart'? 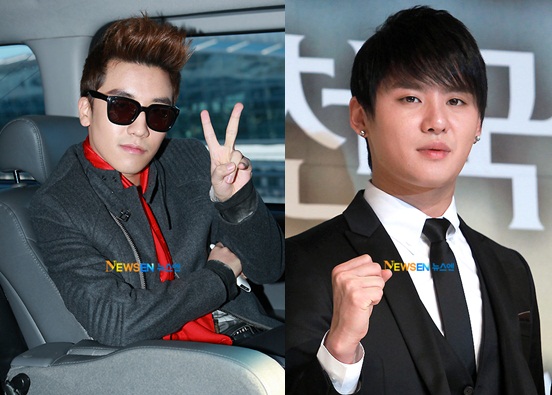 About a year ago, JYJ‘s Junsu made headlines with his stage debut in the musical “Mozart.” Junsu’s addition to the cast is said to have boosted ticket sales by 4 billion won ($3.5 million). As a result of “Mozart”‘s success, Junsu is gaining greater attention as a musical actor, with his recent performance in his latest musical, “Tears of Heaven.”

Big Bang‘s Seungri spoke up about his involvement in “Mozart” through a miniblog known as YOZM. According to Seungri, the director of “Mozart” had first approached Seungri for the lead role. However, after looking at the musical’s score, Seungri turned down the part.

“If it had been me, I don’t think ‘Mozart’ would have existed,” remarked Seungri. “I feel a bit hurt that ‘Mozart’ became a big hit without me, but I know that if I had taken the role, the show wouldn’t have attracted the attention that it did with Junsu as the lead.”

The lead role of Mozart was originally offered to ballad singer Jo Sung-mo, but due to his leg injury, he turned down the part.

It’s probably unfair to say that Seungri would have definitely been an inferior Mozart had he accepted the part, since both Seungri and Junsu were equally lacking in acting experience when they were approached for the role. Nonetheless, I can’t see Seungri’s Mozart achieving the same performance caliber as that of Junsu, for one reason: Junsu’s acting still leaves a lot to be desired, but his singing skill practically defined his performance merit on the musical stage. Plainly put, I don’t believe Seungri has the vocal talent to do the same – and without it, I’m not sure if he could have done the role justice. However, I do have to hand him props for having the humility to compliment Junsu’s performance – even despite the fact that, as a currently active K-pop star (during this period of the HoMin K-pop takeover, no less), his shout-out to JYJ is bound to unleash controversy.