5 things I LOVED in Kpop This Week

I was trying to get this out Wednesday night, but with all the Big Banging going on Tonight- I just couldn’t make it (although technically, where I live it is still Wednesday night…).  Next week, I’ll try harder… now, on to 5 Things: INFINTETeen Dance Battle, 4Minute goes to the toilet, DJ DOC Sparkle on Sketchbook, Running Man Love, and a Journey Into the Jungle.  These are the 5 Things that happened in Kpop last week that I think were a little bit more special than the rest

On last week’s (2/13) Kim Jung-eun’s Chocolate my two fave rookie boy bands battled it out on the dance floor.  INFINITE danced to a remix of their hit “Come Back Again,” while Teen Top performed to a remix of “Rainism.”  Oh, they’re so cute and the dancing’s not bad too.

4Minute goes to the Toilet

To the Modern Toilet, to be exact.  The girls of 4Minute visited the popular theme restaurant in Taiwan (during their variety show 4Minute’s Mr. Teacher) which serves all it’s food and beverage in various toilet, and urinal shaped dishes.  The whole restaurant is bathroomesque with toilet seats and bath tub tables.  Hmmm, delicious?  It certainly looks like an experience, but I think I’ll pass.  I prefer to go ‘pee-pee and poo-poo’ in private.  It was fun though to see 4Minute enjoying their food, have to admit I was surprised to see them chowing down.

These ahjusshis rocked Yoo Hee-yeol’s Sketchbook in their sparkly track suits à la Secret Garden. DJ DOC segued from their current hit “I’m a Guy Like This” into what must be their all time classic hit, “Run To You.”  The whole audience was on their feet for the performance, this is what the young ‘uns need to learn from their sunbaes, how to totally rock out a crowd.

The Running Man cast get to visit an indoor water park in this latest episode and their first mission is to find their special guest MC (model, actress, etc.), Hyun Young. Of course when the cast can’t readily find her, what else are they to do, but play around?  Yoo Jae-suk, is the leader of the pack and leads the rest astray (see above).  Another fun moment was when Haha decided to throw an impromptu flash mob during a lull in the chase.

Other fun moments included Kim Jong-kook falling on his @*$ while trying to play some soccer (did no one tell him not to play around by a pool), Jae-suk vs Jong-kook, and their singing mission where foul play is a major part of the game.  At this time where so many variety shows are getting canceled, thank goodness for Running Man, which keeps getting better every week.

Journey Into the Jungle with Tiger JK and Tasha

Khip-hop’s royal couple, Tiger JK and Tasha star in a new reality show Welcome to the Jungle on tvN.  The show documents the couple’s global advancement project SUNZOO, the name is taken form Sun Tzu, the author of the infamous Art of War, as their project battles global domination with a War of Art. The project includes their friends: rappers Roscoe Umali and Styliztik Jones, DJ Jhig, and other movers and shakers in the hip hop world who aid them on their journey.  I’ve watched the two episodes,  it was really interesting seeing them tackle this project head on and listening to all the players talking about  it.  Check out the MV they filmed in Los Angeles for their song, “My Time.” 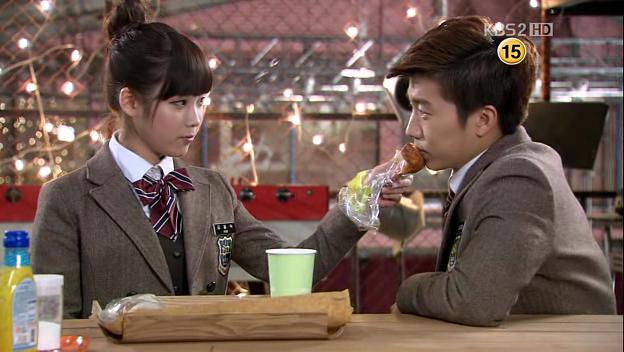 Dream High, there’s just too many things to love and I could go on for days, so I’ll just highlight a few of my fave scenes. 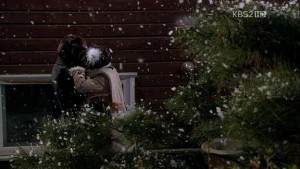 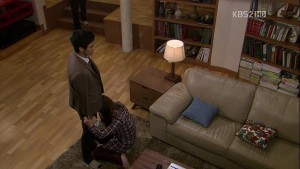 I just gotta say I totally called the Chansung and Kang Oh-sun kiss being a dream sequence, there was just no other way for that to work.  What didn’t work for me is that he just popped out of nowhere- he should’ve been like a waiter in the bar or something for that scene to work.  And, the scene where Hye-mi finds out about Sam-dong… ugh, tearfest.  But, my fave part of the two episodes from last week has got to be Sam-dong and Pil-sook singing together for their pitch test.  Other than their singing being great, Jason‘s reactions are just too much win to ignore.