Many of you know the story of miss A‘s Min: JYP sent her to America as Lil Jon‘s protege for a debut that failed only to return to Korea and debut successfully with miss A. 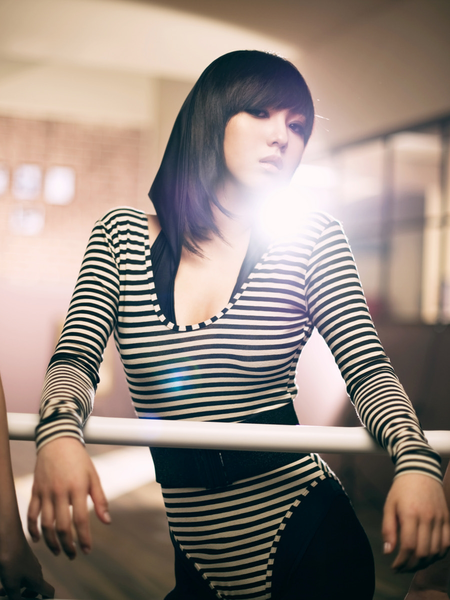 After hunting the internet from time to time with information regarding Min’s pre-miss A activities without success, I have finally had some curiosity sated by Min herself. On 100 Out of 100, Min recently spoke out about her experience as a trainee in America.

Apparently, for a year and a half she had no contact with her family, specifically her father and grandmother. As a trainee in America, she spent most of her days dancing, learning English, and holding a part time job. Though in past interviews, she has expressed the value of the cultural diversity and lasting relationships she was exposed to, Min admits that this time was difficult for her. She missed the comfort of home and family and when her American debut fell through, she returned to Korea. And even though they had not heard from her in over a year and a half, her family welcomed her back and for that, Min expresses her thanks.

It’s no news to anyone that life as a trainee is difficult but Min’s story is still touching. Fortunately though, those days are behind her as she works hard and wins hard with miss A.