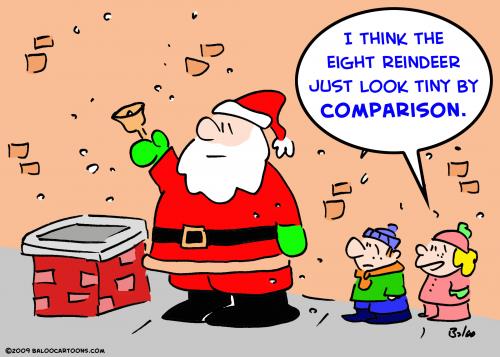 You notice I said Kpop Santa, as  of course the real one is too busy preparing to deliver gifts to the 6 billion+ people of earth. So he throws a plastic wagon to his black sheep brother William and says Good luck, you’re Kpop Santa this year. Good luck indeed.

Anyway, Kpop Santa doesn’t operate in the realm of the corporeal. He’s more about about carrying out hopes and wishes of every kpop fandom in the world. And while it may sound considerably easier than Santa’s task don’t be fooled, as it’s no less tedious.

William/Kpop Santa doesn’t have a whole lot of experience with the Korean music genre (he’s more of a death metal guy), so of course he needs…letters! That way he can slack off and his brother and wife can shout at him again about how lazy he is, why don’t you get a job and when will you stop leeching the family?

So it always helps to send a letter or ten, then hope and wish on your very favorite star that somehow, someway these singers/dancers/actors receive them and heed our advice.

I don’t mind the baller/playboy personas, but I BETTER NOT see that tomfoolery upon your comeback T.O.P. Oh and by the way, if you’re going to just randomly start dancing up on girls now, I have enough in my savings for a one way trip to South Korea. Have you ever had your milk with my cocoa puffs? It’s pretty damn good.

Shake sh*t up! Please. I don’t care what you do come February, cross-dress, fly, bungee jump, whatever. Just make sure it’s good enough to rock the foundation of kpop to it’s core. Otherwise you might start losing in those stupid polls to 2PM, and man, that would be kind of sad. 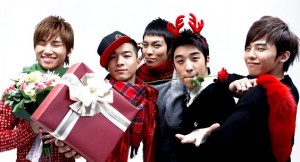 Just because you just completed a successful solo effort doesn’t mean we don’t want to see you again. You’re a bit short, so don’t be afraid to place yourself front and center. Preferably shirtless.

Take my advice to Big Bang and multiply it tenfold for you. I’m anticipating your comeback next year but no rip-off Beyonce-crazy in-love-booty shaking beats. ‘Magic’ was fine, ‘Madonna’ was good but don’t but don’t be afraid to take a risk- I know your talent can handle it.

I was excited to finally see you back in action, but that plagiarism scandal kind of got in the way. For the next go-around remember to check your sources (always check the sources), do thorough background checks and finally – you have a very very very pretty face, Don’t waste it.

Fire your consultant, whoever they are. It’s hard enough for foreigners to live in the States as any Joe Schmo and in the music business at that. Hook up with Bruno Mars, Far East Movement, Ne-yo, somebody. Cause, uh, this. Ain’t working.

Yunho, Changmin, don’t let anyone demonize you for the decision you made. I can’t read minds, but Stockholm Syndrome is a very real thing (hint, hint, make sure Papa SM is out of earshot) . If you want to rebuild DBSK, fine. But prepare to have a hell of a lot to prove, and a change of name might be in order, you think?

Hey, you guys finally got some chart-topping songs ( that likely would have been best served given to someone else). You did good, go to Jejung, take a year off, maybe more. Maybe forever. 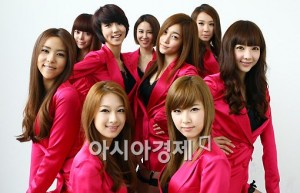 Whenever you guys finally decide to release that English-language album, don’t hesitate to pull out all the stops. Disney, Conan, Leno, a guest spot on Glee. Media sources with some cache (sorry Wendy Williams).If it’s on MTV, the reality show is a good start. For all his eccentricities JYP appears a perceptive businessman – but there’s currently a gaping  hole in America’s girl group market. You better grab it before someone else does.

You’ll get your pants within 5-7 business days.

Keep being your Heechul self. Normally I would  lecture on the dangers of pride and vanity or something, but who the hell are we  kidding? There’s a picture somewhere of you getting older, and as we grow cavernous and old you will still have the skin of a newborn baby’s. So yeah. Keep doing what you’re doing.

A financial advisor may be in order. Also, what happened to the movie career? You can’t tell me you couldn’t snag a supporting role for Warrior’s Way. Or took over for Jay Chou in the Green- well maybe not, but the point I’m trying to make is, you don’t seem adverse to the “Asian Martial Arts Expert” stereotype. So feel free so accept any and all roles proffered. You need all the experience you can get. 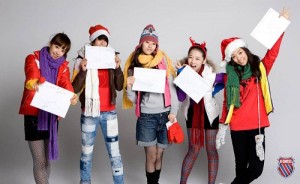 I like your style, your vibe, but something is missing Can’t put my finger on what exactly it is. That last bit of garnish to make your group pop! Because without it, you blend straight into my off-white bedroom walls.

Good job on having like, the luckiest rookie year ever. I like that your style is slightly off the beaten path, so to speak, so I don’t know what you could do next – Flamenco? Bollywood? Burlesque? Just make sure you put a little something extra in your choreographer’s stocking this year.

You’re doing swell for someone simultaneously disgraced and martyred  just but a year ago. You have enough fans that you could bust out with any old solo album, but you’re taking it slow. Just a piece of advice – if someone named P-Diddy-Daddy-Dirty-Combs ever contacts you, run the other way. Fast. 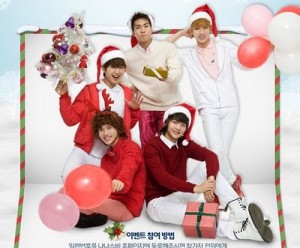 Oh, you poor objectified pets. Jonghyun lain himself out as the sacrificial lamb all in the name of love. Jonghyun, “Boosh!”  to you. However, why not take it a step forward and take the young lady for a walk down the red carpet? Just make sure your national guard is on standby for the occasion.

You guys win. You’ve worn me down. The clothes, I’m just going to have accept them at this point (though your recent wardrobe wasn’t that bad). I’ve noticed that your music’s gotten very “mainstream” lately (though perhaps it always was). Of all the crossover contenders you may have the best chance. But – please stay away from Will.i.am. He’s big in the music business, he has a good track record, yes, yes. But almost everything that man touches has the taint of the mediocre all over it. Is that what you want? A potentially groundbreaking  step forward in Korea/U.S. cross-cultural communications, ruined, ruined because you released something like this?

You actually have convinced me of your prowess as a smart, savvy businessman. Now no more Miss A dancing. Ever.

I know there are nine young women currently holding your company’s financial and commercial success on their fragile little backs, but those girls combined can’t weigh more than 100 pounds. Give them a break, trot out SHINee or BoA for the worldwide promotions. BoA’s spry. She can handle it. Also, enacting some basic human rights statutes into your company’s bylaws wouldn’t hurt either.

You are also sharp, business-like,open-minded; and add the absence of embarrassing dancing as a bonus. Don’t get cocky though. YG always had the image of the wild group on the block, the ones always having fun and doing potentially life-threatening but awesome things and so many long to be a part of that so bad because  they’re open to anyone because everyone deserves to be a part of  that freedom, that exaltation, and the little bit of danger that keeps things interesting. Don’t start cutting people off at the velvet rope.

Loosen up, enjoy the music and laugh. There are too many things in the world to worry about; don’t take things so seriously and smile.

Undoubtedly there are those of you that don’t agree with me, so write your own letters! Isn’t that what the holiday season is all about?