Lee Min-ho riding bikes on the Han River with... 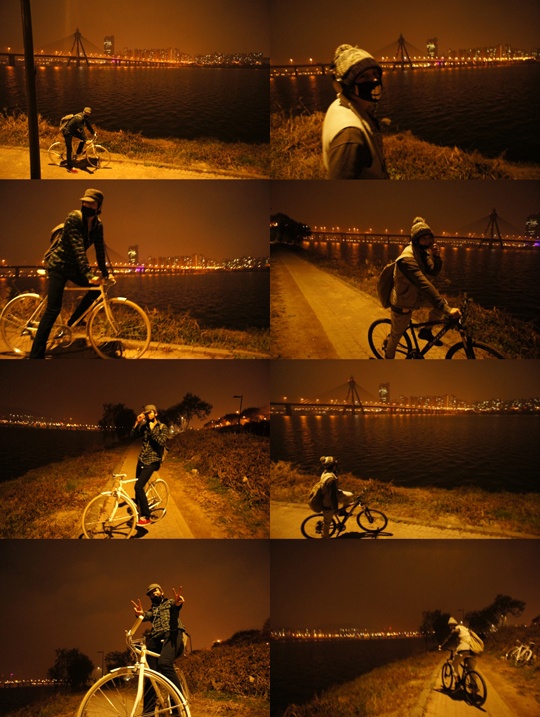 Netizen detectives or the Twitter police have discovered that Lee Min-ho recently went bike riding along the Han River with a special someone… his buddy and fellow F4 member Kim Beom.  Fans noticed that on November 21st Lee Min-ho shared the following:

On the same day and about the same time, Kim Beom tweeted:

Looking at the individual tweets and the side-by-side comparison in the first pic, I think it would be safe to say that they indeed were together at the Han River cruising on bikes (while writing this I also just noticed that in the last pic of Beom’s, on the side laying on the grass is a white bike- guess what color Min-ho’s bike was?).  I bet no one even recognized them while they were out and about, wrapped up in their winter wear they’re barely recognizable.  While fans of Boys Over Flowers are all giddy at the thought that the two are really friends, some netizens are having a good natured laugh at the pics because usually couples spend time together by the Han.   Ahhh, maybe that’s why they didn’t mention that they were there together in their tweets, lol.