It pays to be Song Joong-ki 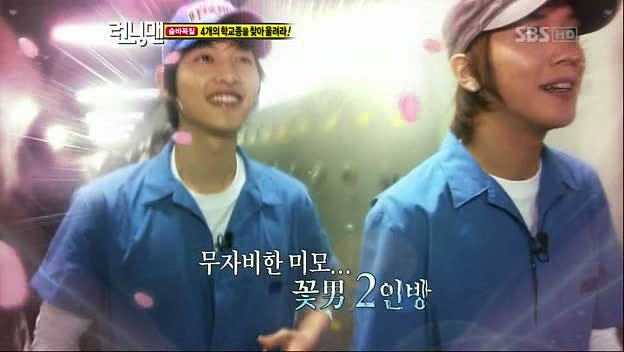 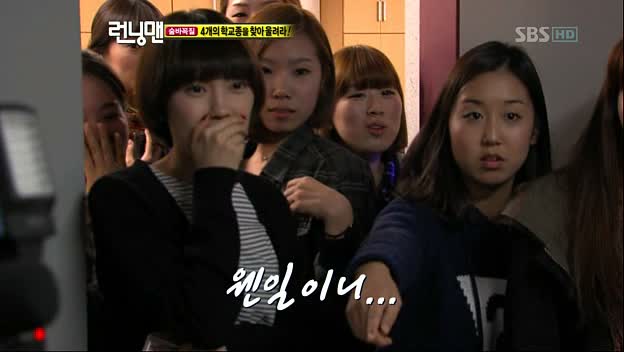 On today’s episode of Running Man, the cast had to navigate through an arts school in order to complete their mission of the week. The blue team consisted of MC Yoo, Song Joong-ki, Gwang-su, Jung Yong-hwa, and Seok-jin. Their mission was to find a bell that was hidden somewhere in the building before the pink team (Kim Jong-kook, Song Ji-hyo, Gary, Haha, and Go Joo-won) caught them. 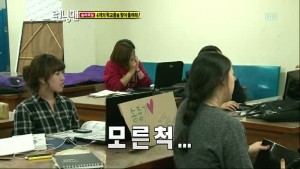 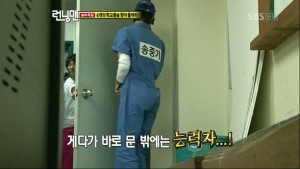 Fortunately (or unfortunately?), there were still many (female) students in the school during the time of their filming, and they were able to get a lot of help from them. Song Joong-ki, in particularly, got the most help. When him and Yong-hwa were in a tough spot, they told the female students to divert the pink team the other way and to pretend like they didn’t see the blue members. Ultimately, after everybody on his team was caught by members of the chasing pink team, he was able to safely escape after hiding in one of the classrooms without the girls ratting him out. 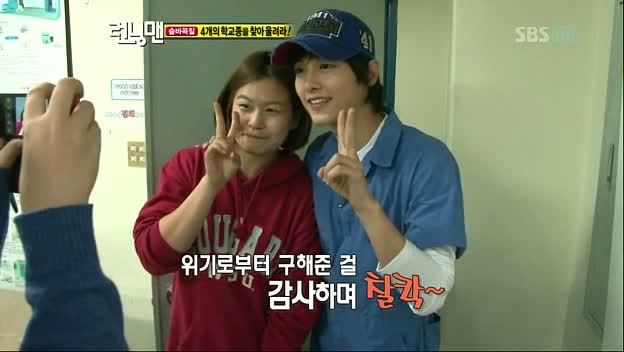 Of course, all the help came with some caveat, and that was a lot of hand-touching and selca taking, and self-promotion, but hey, he completed the mission! 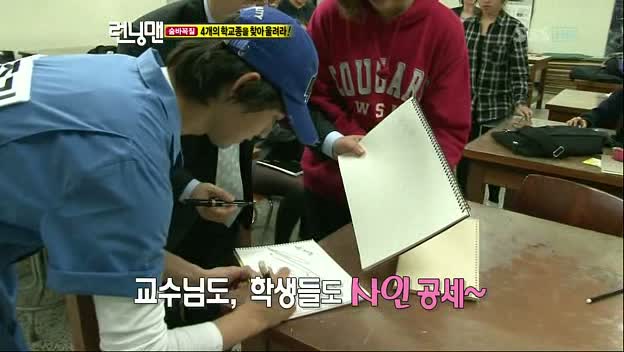 Unfortunately, Song Joong-ki ultimately did not have luck of the draw, as he was ultimately not allowed to leave early, so he had to suffer and parade around town in this: 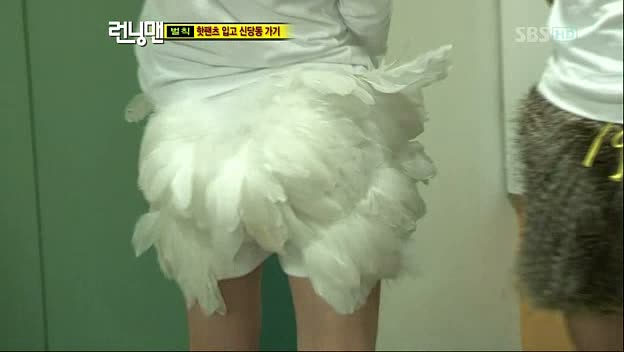 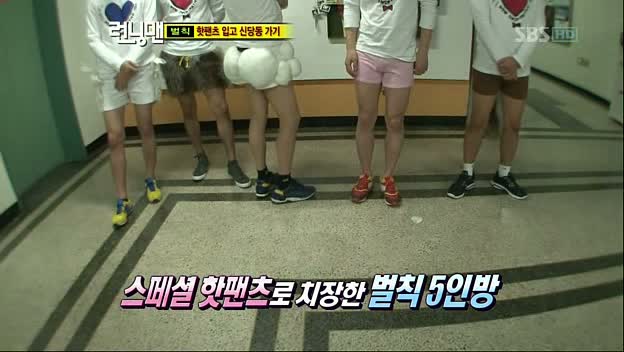 But hey, still, it pays to be Song Joong-ki.