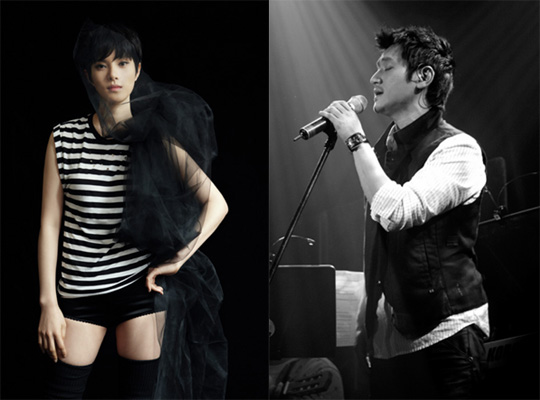 Gummy and Bobby Kim collaborated for the song “Love Recipe” for the OST of the upcoming Gong Yoo and Im Soo-jong movie Finding Kim Jong-wook.  And, from the look of Gong Yoo’s character in the movie he’s gonna need all the help he can get.

The song showcases the voices of Gummy and Bobby Kim in a jazzy love song.  The MV contains scenes from the movie along with shots of the two singers recording in the studio.  Have a look.

The song is a winner and hopefully, the movie will be one too.  It is based on a popular musical in which Soo-jong’s character can’t get over her first love so she hires Yoo’s character who is a dorky business man that runs an investigative company that finds first loves.  Of course while they search for Soo-jong’s long lost love, they fall in love themselves.  Sounds like my kind of movie.

Finding Kim Jong-wook is scheduled to be released on December 9th.