Still 2PM on the Countdown* 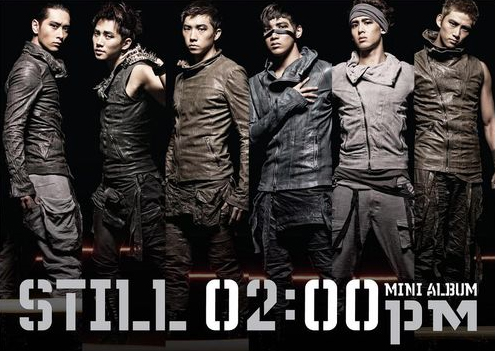 On today’s episode of Mnet M!Countdown we get to see if 2PM still got it. And sorry, but the YT police have already blocked 2NE1’s performances* (Papa YG got the approval from Mnet to release the video through 2NE1’sofficial YouTube Channel. Have added the video below).  First up, what’s new.

Nine Muses call out to all the “Ladies” in the house.  I have yet to find anything inspiring from the nine, soon to be ten Muses.  I don’t think adding another member is gonna help.

You only get “One Shot” to make a good first impression and Younha doesn’t disappoint.  My only criticism is that Younha’s hairstylist lost that one shot with that limp blonde look.

Superstar K2 cutie Kang Seung-yoon just got voted off the show, but gets a shot to whoa you.   Hmmm… not whoa’d.

Loving this funky performance from Supreme Team of “Romeo+Juliet 2010.”

The most anticipated performance of the night was the return of 2PM, do they still have it? Well, they definitely still have some bad styling.  How could anyone take six good looking dudes and… aigoo. The song was decent, but the choreo is questionable. That running man shuffle move, and then backwards?

U-Kiss is trying to speak up for themselves, but keeps getting told to “Shut Up.”

Is it “Too Late” for CO-ED? Hmm, yes or no for the mixed idol group?

Beast takes a “Breathe”r.  Not bad song, good performance, weird hair. It looks like someone tried to breathe in that one dude’s hair.

Breath take two, with a little island beat and some jiggling and wiggling Miss A. Happy Birthday, Suzy! She must’ve wished for cuter outfits this week.

Ah, 2NE1 with “Go Away.”  The song has really grown on me, love their live performances of the song.

The competition for the conqueror of the Countdown was between 2NE1 and Beast, and again Beast is the B2ST.

There are some Countdown vids that I did not upload. If you’re interested, try checking them out here.