How To Eat Baskin-Robbins Happily 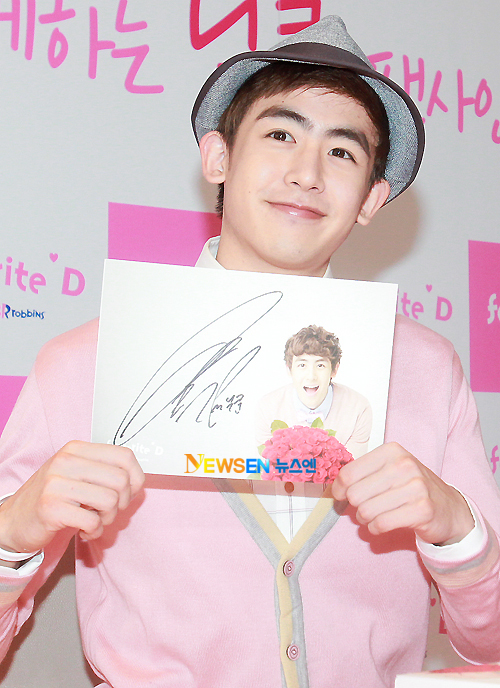 If eating some Baskin-Robbins ice cream doesn’t already make you happy, here’s a little how-to from the Thai prince, Nichkhun.  Khun was recently selected as Baskin-Robbins Korea’s new CF personality and the theme of his new CF is “How to Eat Baskin-Robbins Happily.”  The CF has just recently been released, check it out below.

Can the Wink King be any cuter?  I’m surprised the ice cream didn’t all melt on contact. I’ve seen more than a few fan girls’ comments that they suddenly had a wish to become a scoop of B-R ice cream, lol.   A behind-the-scenes vid of the CF was also released.

I have just one question though… I thought Khun’s fave ice cream was Haagen-Dazs Vanilla?  Oh well, for the nice chunk of change he’s getting for his appearance, I’d eat some B-R too.  Doesn’t the Baskin-Robbins ice cream in Korea look better than it does where you live?