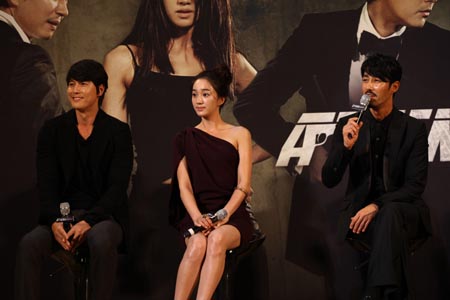 It’s been confirmed that Cha Seung-won and Soo Ae are currently on Oahu to attend the Hawaii International Film Festival (HIFF).  Cha Seung-won is attending the festival to present the movie 71: Into the Fire, which was selected as the Closing film.  Soo Ae will attend  the festival to a screening of her movie Midnight FM, which was a last minute add to the festival.  When we first reported that 71: Into the Fire was chosen as the closing film back in June, it was reported that all the lead stars of the film: Cha Seung-won, Kim Seung-woo, Kwan Sang-woo, and T.O.P. along with the director John H. Lee would be attending the event.  There has been no confirmation that any of the stars other than Cha Seung-won will be attending HIFF even though there were still news articles posted as late as yesterday claiming that they would.  Dang.

Seung-won and Soo Ae will also be filming for the upcoming drama Athena: Goddess of War while in Hawaii to make up for the filming that Seung-won missed after falling ill on the set in Japan.  In fact, the first time he has made a public appearance since falling ill in mid September due to an acute viral infection was at the airport on his way to HIFF.  He was hospitalized for 20 days and had been recuperating until leaving South Korea for Hawaii. 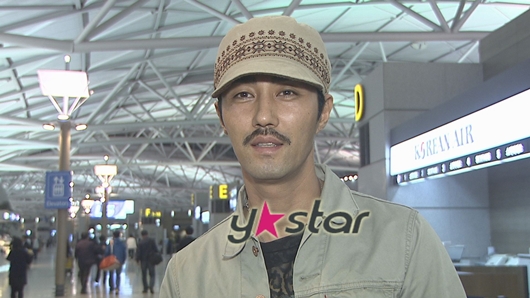 While at the airport, Seung-won held an interview with Y-Star and refuted rumors that he was actually suffering from cancer.

HIFF is celebrating its 30th anniversary and the return of renown film critic Roger Ebert, who is a huge HIFF supporter (but was unable to attend in recent years due to his battle with Thyroid Cancer) to the festival this year.  Eleven South Korean movies were included in HIFF this year including  Won Bin‘s The Man from Nowhere, The Actresses, and The Housemaid. The festival began on October 14th and will end on the 24th.  The showing of 71: Into the Fire will be held on the 22nd at 8:00 pm at the Dole Cannery Theaters.  If you’re in Hawaii, there are still tickets available to see these shows at HIFF this weekend, for more information check out their website.