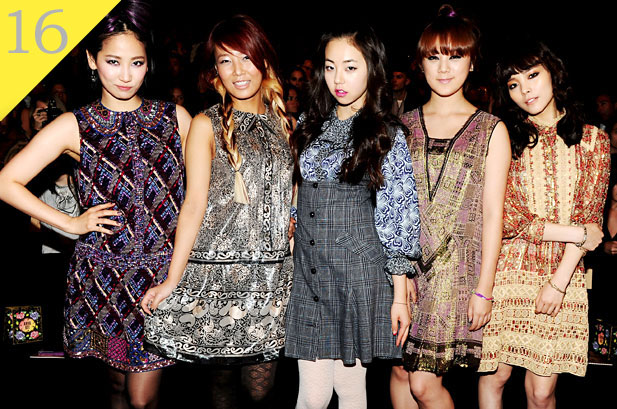 It feels like they’ve been in the U.S. forever, but maybe this whole “move to  thousands of miles from your friends and family and promote yourself in one of the most expansive music markets in the world” thing may actually work out. They’ve made Billboard’s coveted (I guess)  ’21 under 21′ list, which besides listing all the typical tween/teen stars, includes the Wonder Girls at a very respectable number 16. Here’s what they had to say:

Why They’re Hot: A few of South Korea’s appropriately named Wonder Girls have already reached our legal drinking age. So what? Before the group’s SoHee and HyeLim celebrate their 21st b’days, the quintet — whose 2009 debut U.S. single “Nobody” made them the first Korean group to crack the Billboard  Hot 100 — will have dropped their first English-language album (scheduled for release in Jan. 2011) and saturated our airwaves with their infectious pop harmonies. We’ll drink to that.

Not a very garrulous review, but impressive nonetheless. They have a chance of breaking into the teen market, but no more retro JYP! I want to see some growth girls!