Uprising of the Second Male Leads 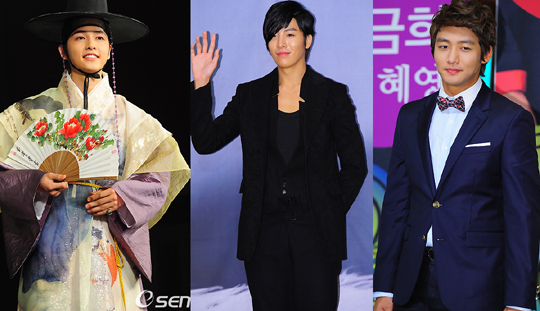 They’re almost always there in every Kdrama- the perfect guy for the heroine who always protects her, takes care of her, loves her, but never gets her.  It’s the guy your hearts breaks for, the one that always doesn’t get the girl, the second male lead.  While they have always been around, recently they have become more and more popular, sometimes even as popular as the lead actor. 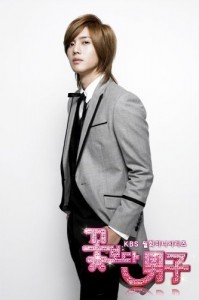 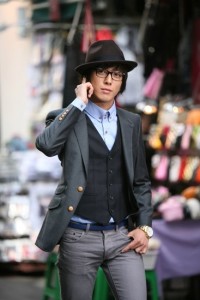 I haven’t been around Kdramas that long, but two examples of this second male lead uprising were definitely Kim Hyun-joong as Yoon Ji-hoo in Boys Over Flowers and Jung Yong-hwa as Kang Shin-woo in You’re Beautiful. Although in retrospect many criticize Hyun-joong’s sub par acting skills in the drama and the drama itself for many plot holes, the popularity of BOF can’t be denied.  He was already somewhat popular through his band SS501 and his appearance on We Got Married, but it wasn’t until BOF that his career sky-rocketed.  As for Yong-hwa, he basically came out of nowhere and blew up through his role in You’re Beautiful.  While You’re Beautiful had average ratings, it had a fervent fan base and it was a huge hit with international fans.  Yong-hwa hit a home run as the seemingly perfect, but always a step too late Kang Shin-woo.  It was his new found popularity that led to a huge debut and massive success for his band C. N. Blue, and an influx of CF offers, an MC gig, and a virtual marriage with SNSD‘s Seohyun.

Recently, all this talk of second male leads have come to a head due to the increasing popularity of several actors playing second fiddle in dramas currently airing. Noh Min-woo has acted in several Kdramas and was the former drummer (Rose) of TRAX.  He started garnering more attention for his acting after appearing in Pasta earlier this year, but its his role as the sexy, conflicted gumiho hunter Park Dong-joo that started the buzz surrounding him to became deafening.  Actor Lee Tae-sung is no rookie to Kdramas having been in several popular dramas including another second male lead role in 9 Ends, 2 Outs opposite Soo Ae.  His role in Playful Kiss opposite Kim Hyun-joong and the delightful Jung So-min as the bumbling, Busan dialect spouting, Ha-ni loving Bong Joon-goo has gotten his name out there again. Song Joong-ki has always been fairly popular even though he just debuted in 2008.  He had successful supporting roles in Triple, Will It Snow For Christmas, and OBGYN before landing the role of the randy romeo Goo Yong-ha in SungKyunKwan Scandal.  With his baby face, it seemed impossible for him to play such a role, but he has been excellent as Yong-ha bringing just the right amount of mischievousness and intrigue to his character.  While Micky Yoochun is most definitely the lead character, the drama wouldn’t be the same without Joong-ki. 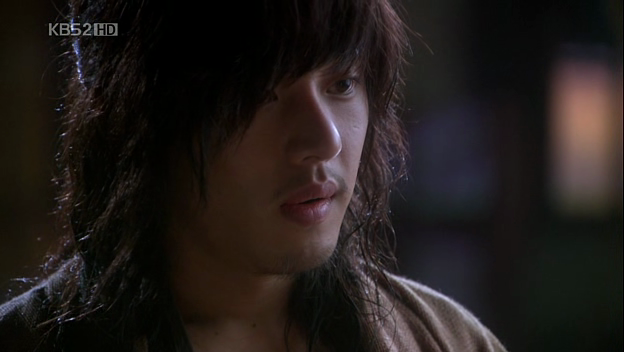 The articles that I referenced in writing this article were remiss, I believe, in not mentioning Yoo Ah-in as the brooding masculine fighter for justice Moon Jae-shin in SungKyunKwan Scandal.  Ah-in is actually more so the second male lead than Joong-ki in the drama, who is more like the third male lead?  With his scraggly hair, ripped bod, and dark disarrayed garb he is almost indistinguishable from his former (normal) self.  The tension he brings as the emotionally tortured Jae-shin (we all know there’s something to the back story of his dead hyung and the Norons) gives the story that extra little something.  I have seen comments that complain about Micky and Park Min-young as leads and their inexperience in acting, but so far I have no complaints.  I think each actor has been performing admirably and SungKyunKwan Scandal is a much better drama than I thought it would be.  It is currently the drama that I anxiously await each week for a new episode to comes out, and I’ll watch it without subs.

Hopefully, with their increasing popularity some of these second male leads will get the recognition they deserve to get those leading roles.