The Most Expensive Back Up Dancers in Kpop Today* 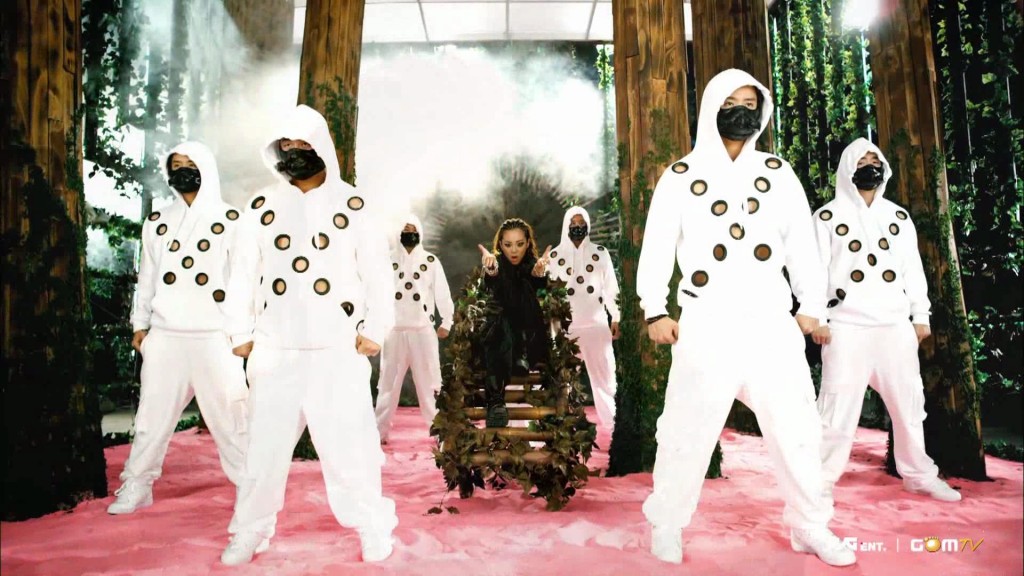 There’s a big rumor circulating ’round the Kpop universe about 2NE1‘s MV for the song “Clap Your Hands.”  Eagle-eyed fans are claiming that 2NE1’s masked back up dancers in white are their YG Family sunbaes Big Bang.  Take a second look at the MV straight from 2NE1’s YouTube Channel.

It’s kind of hard to really see if the back up dancers are Big Bang or not from watching the MV, but I did think that I saw glimpses of T.O.P., Daesung, and G-Dragon.  There’s pics out there, but I tried my hand at trying to find the best scenes of the dancers faces for y’all (click on the pics to see larger images). 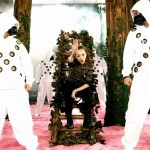 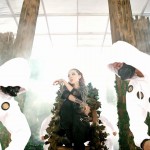 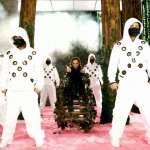 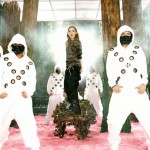 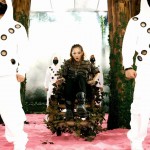 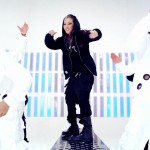 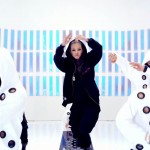 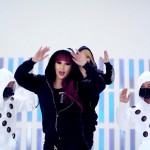 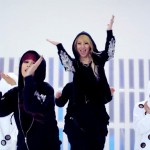 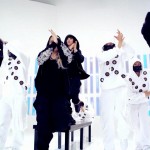 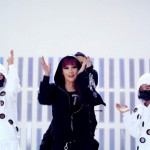 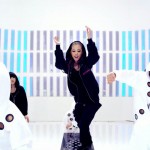 I’m pretty convinced that the back up dancers are Big Bang, although I only think I saw Seungri once and never saw Taeyang at all.  What also had me wondering about the legitimacy of the claims are the scenes in the woods when there are six dancers because there are only five Big Bang members. 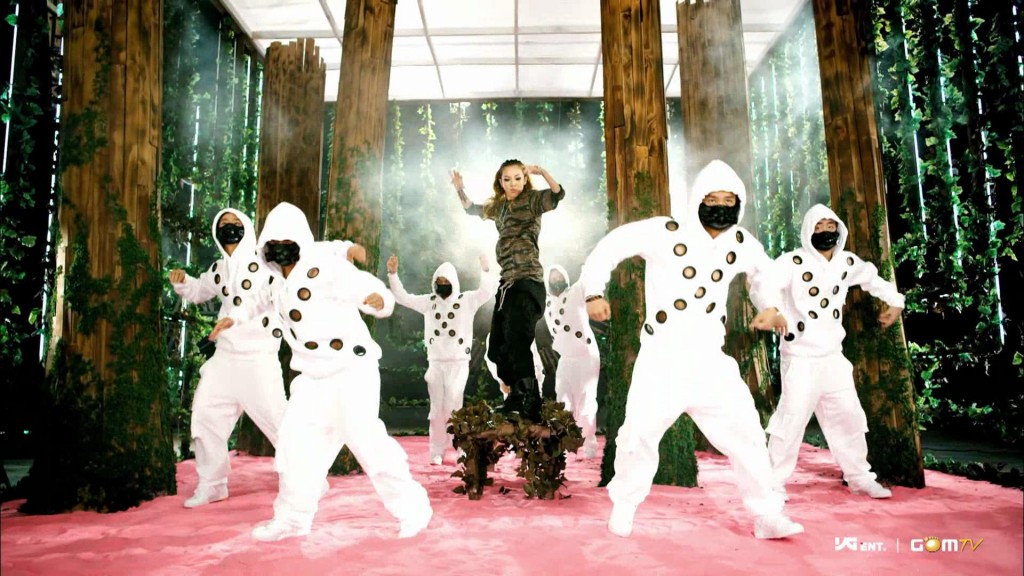 Fans have said that they think the sixth member was Se7en, but when looking at the above pic the person I didn’t recognize was the dude to the left of Dara.  I think he is shorter and a little chubbier than anyone in Big Bang and he’s definitely not Se7en.  Upon further review I found this pic. 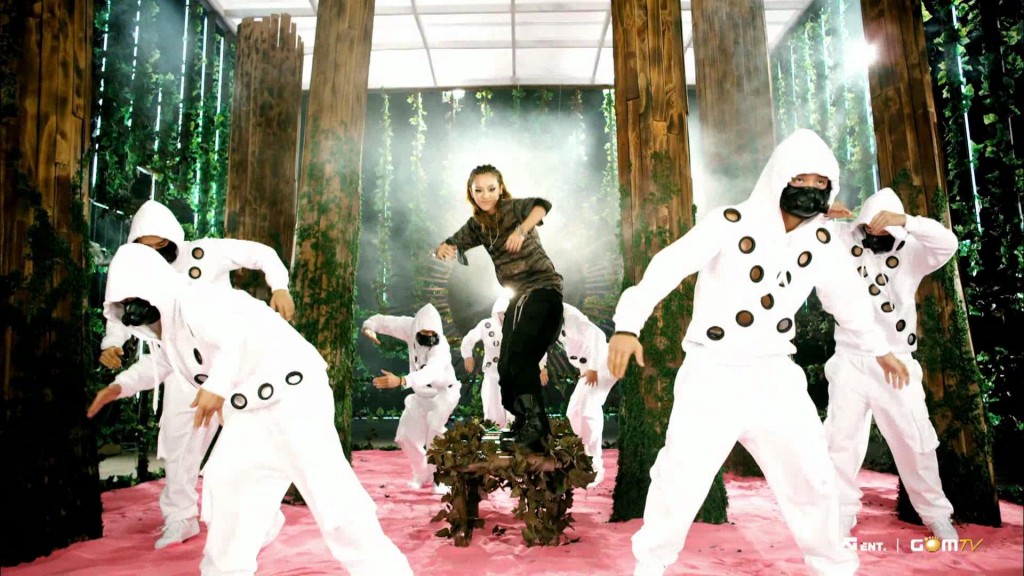 Ah, so at one point there are seven back up dancers.  So, if five of the dancers are G-Dragon, T.O.P., Taeyang, Daesung, and Seungri, then the sixth person is Se7en, who is the seventh member? Another member of YGE?

To be totally honest, “Clap Your Hands” was one of the songs on To Anyone that I didn’t really care for at first.  But after listening to it and watching the MV several times, it’s definitely growing on me.  I especially like the chorus which is infectious and I can totally see everyone doing the “Clap Your Hands” dance.  2NE1 is scheduled to perform all three of their title tracks on tomorrow’s Inkigayo, wouldn’t it be epic if they came out with their back up dancers and at the end the dancers rip off their masks and it’s Big Bang and Se7en.

After being postponed for a day, be on a lookout for the release of the MV for “Can’t Nobody” which is the last of 2NE1’s three title track MVs later on today.

*  I researched ehhh‘s comment below and it’s true that “Clap Your Hands” is the only MV of the three also uploaded to YG Entertainment’s Official YouTube Channel.  It is also true that in the tags for the video Big Bang and the names of all its five members are listed (in their romanized form and in Japanese).  Having the boys in the MV could be another marketing tactic of YG’s to further introduce 2NE1 to Japan through Big Bang’s fans in anticipation of their debut there next year.