News Bite: In Oricon news for our lovely Kpoppers... 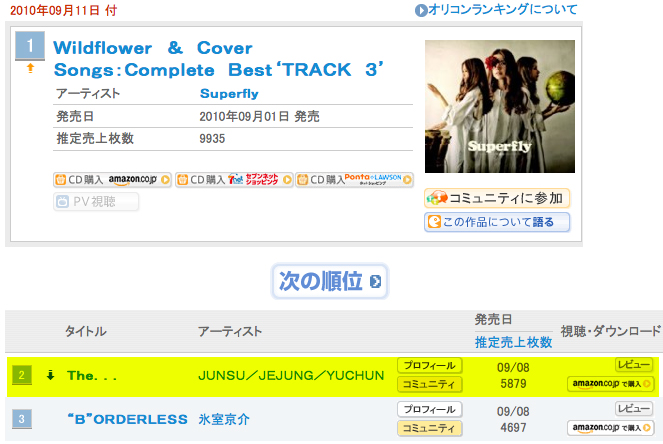 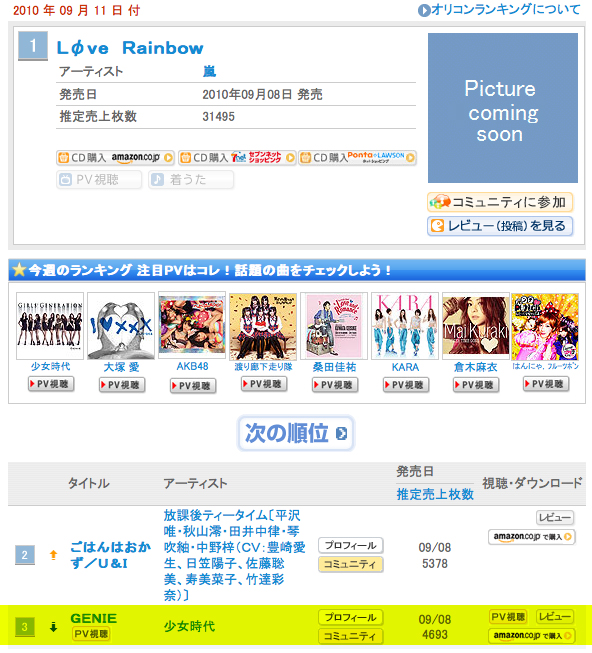 SNSD’s going up against Arashi, so the 2nd/3rd place ranking is very admirable, and JYJ’s album was barely promoted, so the 1st makes fans happy. It’s just too bad there’s so much bad beef between the two companies who manage the groups now.