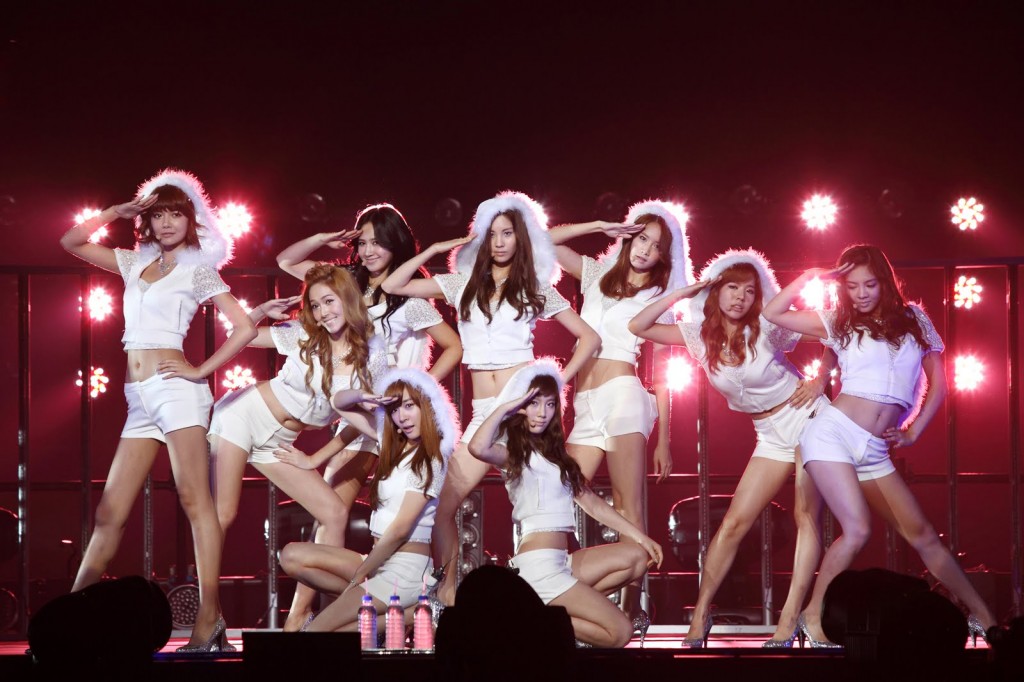 While other kpop girl groups are probably savoring their absence from the music scene, SM has imported their famous ladies to Japan to test their money-making potential there. And so far, the experiment appears to be a success.

Their Japanese debut DVD “SNSD’s Arrival ,Arrival in Japan Commemoration Disc, New Beginning of Girls’ Generation”entered the Comprehensive DVD ranking  at rank #4. It was a first for a Korean girl group to debut in the comprehensive TOP 5.

So, not bad so far. I wonder, if things go really well, will SNSD, like DBSK and BoA before them, make deep inroads in Japan? And if so, their absence could incite some interesting changes in Korean music. Or not. But really, I’m just waiting for the SNSD/AKB48 showdown.