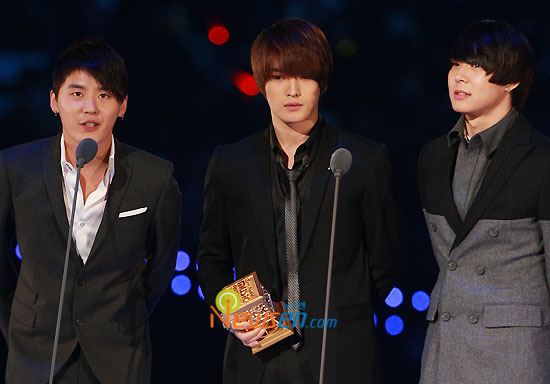 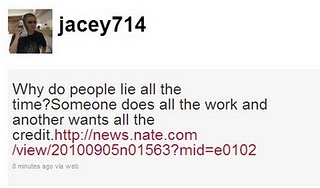 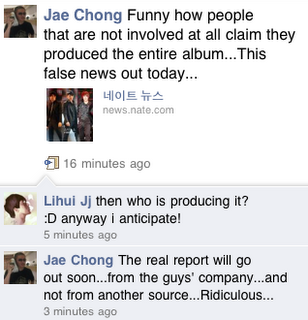 Therefore, it is not to say that the news of Jaechunsu’s comeback is necessarily false – Jae Chong seems more or less pissed that the article didn’t mention his name or give him credit for his contributions to the album. Regardless, the information below should be regarded as rumor until official word is released.

The DBSK trio has spent the last few months working in Japan, as a result of the SM-DBSK lawsuit that took place earlier this year. But although Jaejoong, Yoochun, and Junsu seem to have left SM for good, it doesn’t mean that they haven’t left the K-pop scene in the dust, too.

Earlier this year, we reported that Jaejoong, Yoochun, and Junsu had spent some time in the States working with American producer Kanye West, in preparation for a full-length album, set for an international release. It appears that recording and production for the album is just about complete, and the production team is now focused on album distribution.

Warner Music Korea recently contracted with Jaechunsu for the distribution rights of the album, and representatives from the label report that “[The members] are working …extremely hard to make their comeback possible,” and will be returning to the K-pop scene with their new album by the end of this year.

The trio has been working closely with producer Kim Hyungseok, who has produced soundtracks for multiple OSTs, including that of the KBS drama Story Of A Man. Listen to a sample of his work HERE.

Well, that’s great for the three members – they haven’t been able to promote in their own country for two whole years, and nothing’s quite like home, I suppose. But on the other hand, does a “comeback” mean that the trio will be doing promotions for their album – music show performances, variety show appearances? Are they even working under an entertainment company right now, or have they largely gone independent?

And the biggest question of all: What about Changmin and Yunho? After the two members introduced themselves as “Dong Bang Shin Ki” at SMTOWN Live two weeks ago – even going as far as performing old crowd favorites – many are questioning if SM is planning a comeback for “Dong Bang Shin Ki” in the form of just Yunho and Changmin. If this is the case, then will Jaechunsu and Homin become rivals? Oh, snap.

Well, speculations aside, I’m somewhat skeptical about the end-of-2010 release date for the album, but hey – the albums could be sitting in boxes at Warner Music right now, ready to be shipped to stores, and we wouldn’t even know. It wouldn’t be the first time they’ve kept secrets from the public.