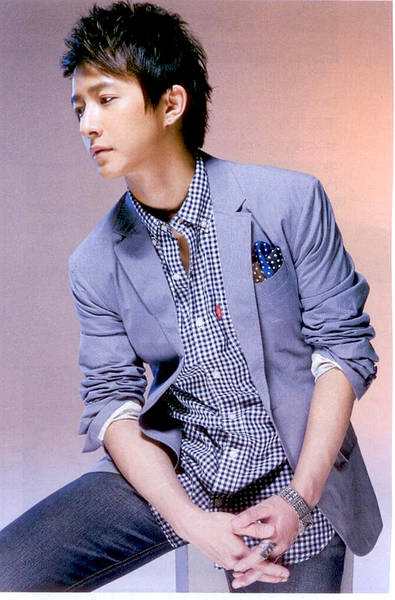 Hankyung a.k.a. Han Geng feels that he still has fans in Korea despite what happened between he and SM Entertainment. The singer sued his company in order to void the restrictive contract he signed with them and is currently enjoying some solo success in the Chinese market. His first solo Chinese album, “Geng Xin“, sold well since its July debut and he was recently nominated for the CCTV-MTV Music Awards’ “Most Popular Mainland Male Singer”.

Although he will continue to focus on the Chinese market for the time being, he has no plans to give up on the Korean market at all. Han Geng does admit that being a solo artist is tougher than when he was in Super Junior. Well yeah, the pressure got distributed to 13 shoulders as opposed to 1 now. Good luck Hankyung/Geng. I always thought you had some guts to kick SM another good one before the DBSK dusk settled.