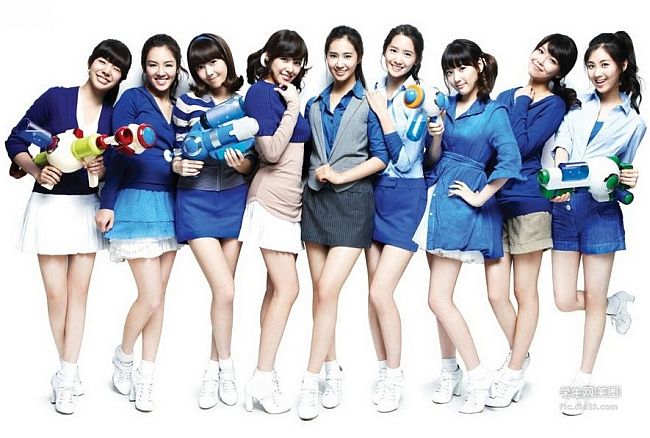 We all know that hidden beneath the surface of Korean exports in J-pop is the bulging eyes of CEOs and their bank accounts going ‘ka-ching!’.

With recent news of K-pop groups making waves in Japan, it can only mean one thing – smart business planning. The Japanese market is a tightly guarded one, and SM, being one of the only companies so far to assimilate and succeed in such an overseas venture, must make the company a prime example of clever strategizing. And that is how Girls’ Generation has been making a name for themselves. 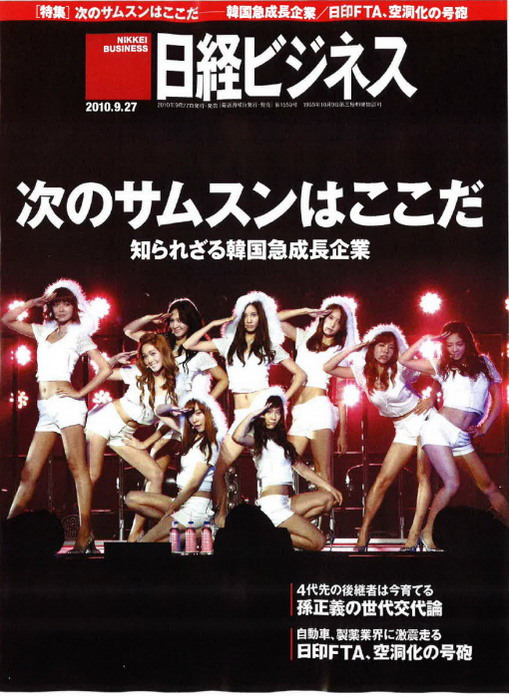 The nine muses grace the latest issue of  weekly, “Nikkei Business”. The magazine specializes in Japanese Economics and as such, has hardly had any celebrities fronting the publication.  It also has a modest readership of 330, 000 people and these folks comprise of mainly CEOs and other higher-ups you can think of.

Well,  this demonstrates once again the power of SM exports (specifically) and who wouldn’t want to see a more provocative photo on the cover of an economics weekly for a change? (My only gripe: Can’t SM provide another picture? Jessica’s face always scares me…)