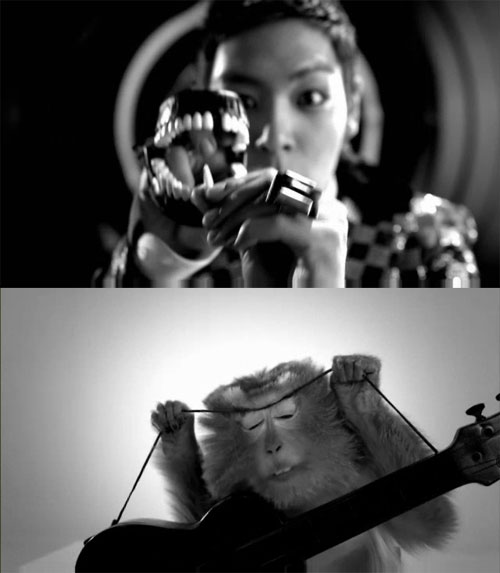 With all the controversy surrounding MC Mong‘s draft dodging scandal, looks like netizens began searching for more Mong matter.  The new word on the street is that in his solo song “Turn It Up” T.O.P. is dissing MC Mong when he talks of being better than other ‘wanna be rappers” while holding a fake set of teeth and pulling out a tooth and because of the “monkey” featured in the video.  Check out the MV again and see what you think.

In this case I can see what the netizens are talking about.  MC Mong’s draft suspension due to his teeth has been common knowledge for a long time and he is always compared to a monkey, but the controversy coming out now after the MV was out for months is suspect.  YG Entertainment immediately released statements that these rumors are untrue and that T.O.P. was devastated by the insinuations that he was dissing MC Mong in the MV.