2NE1's hearts under lock and key 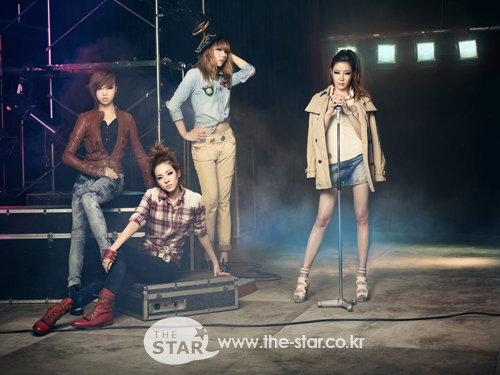 Pardon the cheesy title but seriously, you might agree after listening to this.

So, it’s common knowledge now that the quartet has received strict orders from boss Yang Hyun-suk to stay single while they’re being produced by his company. This requirement even has its own clause in the contract they signed in blood. OK, no just kidding. But yes, they’re off-limits to guys for five years from the date the contract was signed. 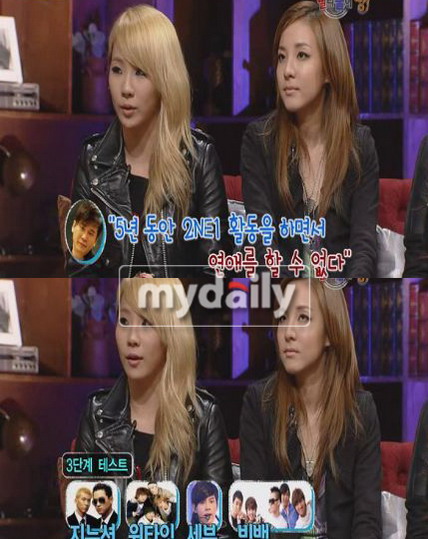 On the 28th, the girls appeared on a KBS2TV talkshow “Kim Seung-Woo’s ‘Seung Seung Jang Goo’ (On The Up And Up)” and offered a few more details to clarify the matter. It turns out that a five-year relationship ban was first enforced but then unnis of the group, Dara and Bom, managed to negotiate theirs down to three.

Now some of you may think, five isn’t that long if you’re gonna have a good schedule-packed career (like I expect they would) but I’ll have to disappoint you. It seems, the ‘horror’ doesn’t end once the ban is lifted – their partners will have to be tried in the YG court.

So the ginormous approval process goes like this (I presume in no particular order):

1) 2NE1’s stylist to assess and approve

This left me aghast and bewildered. Could Papa YG be taking his YG family thing too seriously? If 2NE1 so possessed the girl power they brandish about, surely other female members would have a say too? I think I’ll reserve my other opinions.

For those of you who didn’t already know this, feel free to shoot your comments below.