The Skinship that will Change the World 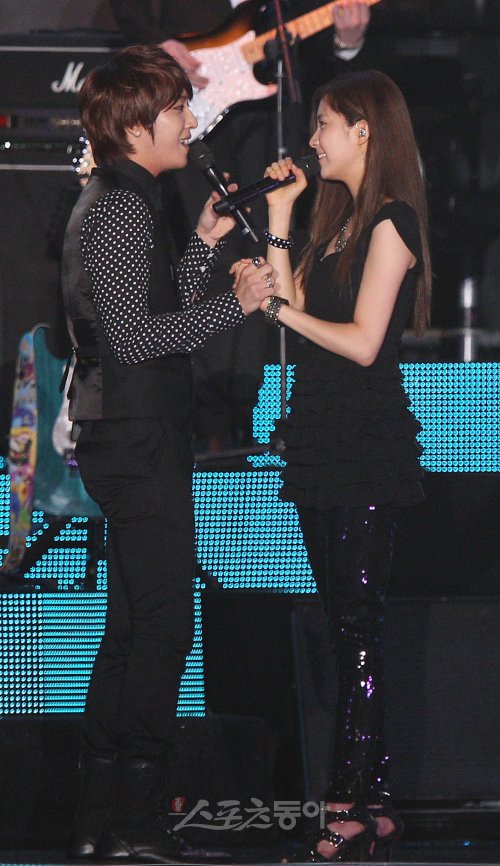 Well maybe not the WORLD, world, but the Kpop world which you and I live in.  Finally, fans of We Got Married‘s “Sweet Potato Couple” (aka YongSeo or SeoHwa) showed fans some hand holding, skinship, major eye contact, and affection.  After C.N. Blue‘s performance of “Love” at the Incheon Korean Wave Concert, Seo-hyun joined her virtual hubby Yong-hwa on stage for a duet to a medley of SNSD‘s “Run Devil Run” and C.N. Blue’s “Love Light.” Check out some pics and fan cams of the performance below. 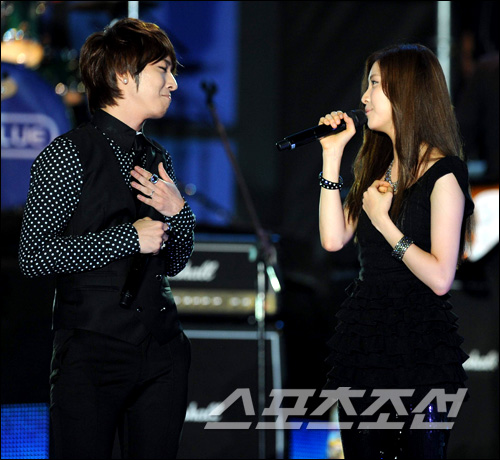 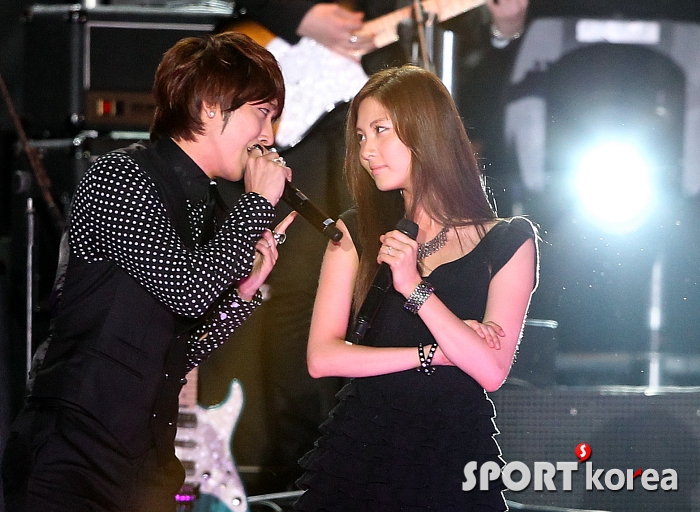 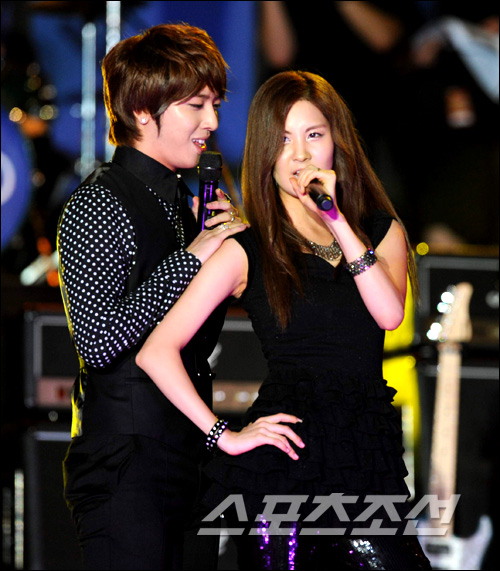 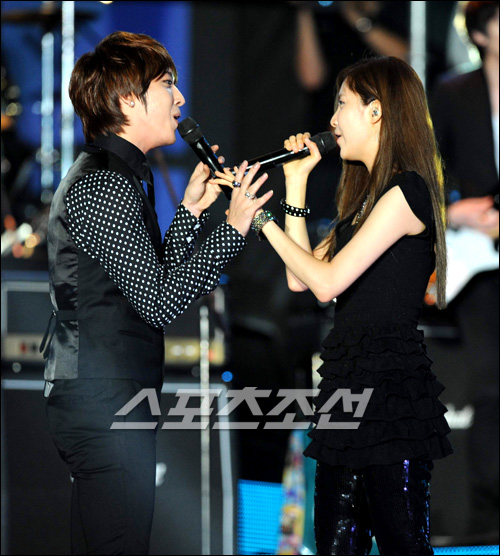 It’s nothing really scandalous, but if you’re a follower of the couple you would know that it is a big development in their relationship.  Of course due to shooting schedules and editing, the episodes of We Got Married that fans are currently watching were shot more than a month ago.  So, it is possible that the YongSeo couple’s relationship is further advanced than we think.  Let’s hope so because I thought poor Yong-hwa was going to pop a vein out of jealousy in the latest episode because his wife was so comfortable with Jung-shin and Min-hyuk that she was using informal speech (gasp!).  While the YongSeo couple sometimes appear to be boring compared to the hilarious Adam Couple and the lovable Khuntoria, I still enjoy watching them.  It’s cute to see their innocent, prim and proper relationship grow closer each week.