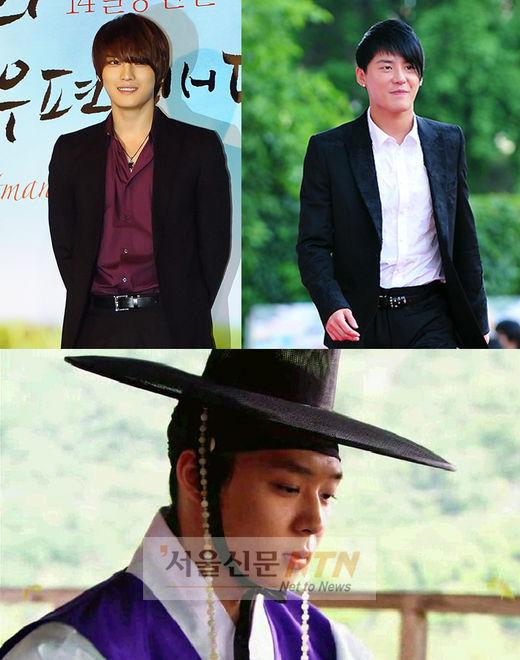 Junsu and Jaejoong will appear on the OST of Micky‘s (Yoochun’s) drama Sungkyunkwan Scandal.  The pair each sang one song for the drama and impressed the musical director of the OST with their talents and professionalism.  Earlier this month, Junsu also showed support for Micky by bringing fried chicken meals for the whole cast and crew when he did a surprise visit to the set. 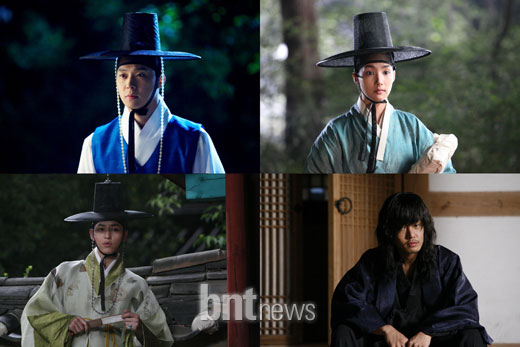 Sungkyunkwan Scandal revolves around the lives of four students played by Micky Yoochun, Park Min-young, Song Joong-ki, and Yoo Ah-in attending an all male college during the Joseon Dynasty.  Pretty boring sounding except for the fact that Park Min-young just happens to be a female, she disguises herself as her brother so she can attend the college.  Kdramas sure do love cross dressing (You’re Beautiful, Coffee Prince, The Painter of the Wind), but they’ve all been successful so far so why give up on a good thing.  The four become best friends and include the proper one (Micky), the screw up (Ah-in), the playboy (Joong-Ki- a playboy, really?), and I’m guessing that Min-young’s character will be the glue that holds them all together (or becomes the object of all of their affections making them all think they’re homosexual).  Micky’s role in Sungkyunkwan Scandal will be his debut as an actor.  The drama debuts on August 30th and will be a Monday/Tuesday drama for KBS and will be up against the popular Dong Yi on MBC and Giant on SBS.