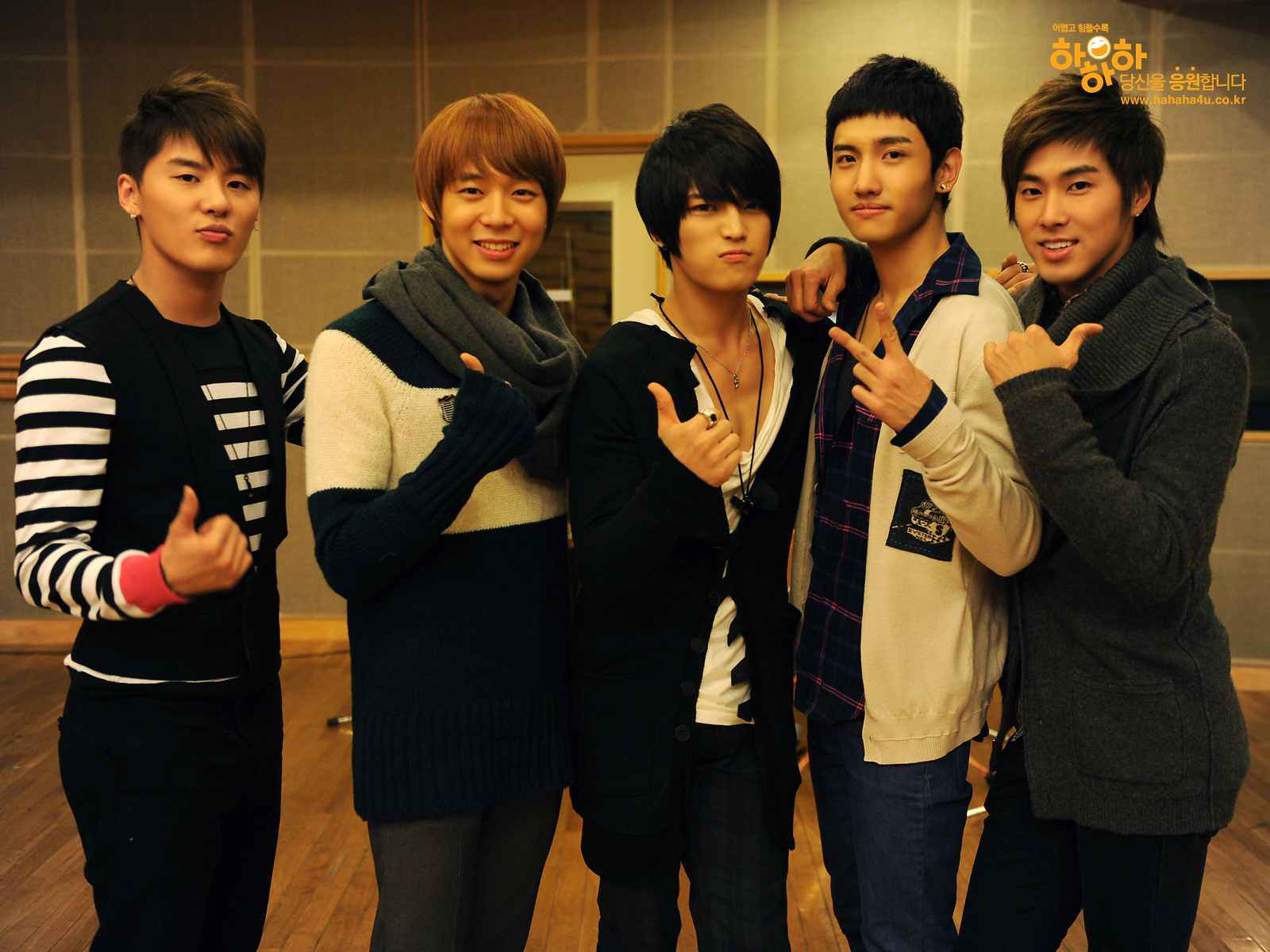 And all is well with the world.

Ever since the inception of the DBSK Lawsuit Of Champions a year ago, the group has been swarmed with various rumors regarding the nature of members’ relationships. Many presumed that DBSK was not only logistically but emotionally divided between Jaejoong/Yoochun/Junsu and Yunho/Changmin, going as far as to say that the parties were not on speaking terms with each other. Such allegations were, admittedly, somewhat reasonable, considering the tension between Avex and SM that have developed within the last year, as well as observations made on the members’ behavior during DBSK’s activities in Japan at the end of 2009.

However, many of these rumors were dispelled earlier last month during a press conference for Sungkyunkwan Scandal, an upcoming drama starring DBSK member Micky Yoochun. When asked about his relationships with Yunho and Changmin, Yoochun reported, “They were both busy (Yunho and Changmin) so we didn’t contact each other as much as expected” and “But after that (the lawsuit), our relationship didn’t change much.” (trans. mandasoh @tohosomnia.net) 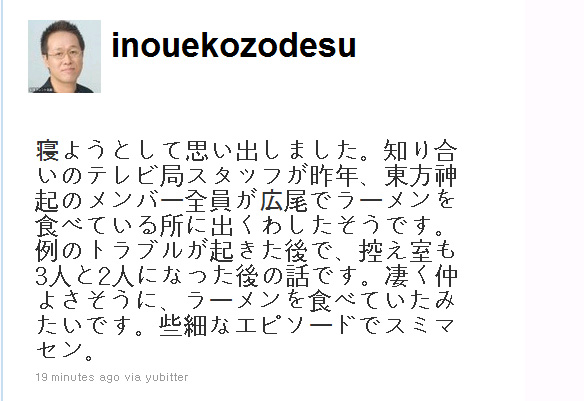 I was about to sleep when something suddenly came to mind.
A broadcasting station staff member I know told me that he met all the members of TVXQ together by chance at a ramen shop in Hiroo last year.
This happened after all the troubles occurred and the story came out that the members were split and using different waiting rooms.
He told me that they were all eating ramen together and getting along well.
I apologize for the trivial episode.
(trans: jeeelim5 @tohosomnia.net)

It seems like DBSK is fading into nothing more than a beautiful memory of the K-pop world, but it’s reassuring to know that the five departed on good terms.

In the meanwhile, Yoochun will make his Korean acting debut in Sungkyunkwan Scandal on August 30th, alongside veteran actors Song Joong-ki and Yoo Ah-in. Yunho and Changmin will be making their next stage appearance in LA alongside other SM artists for the next leg of SMTown Live ’10.