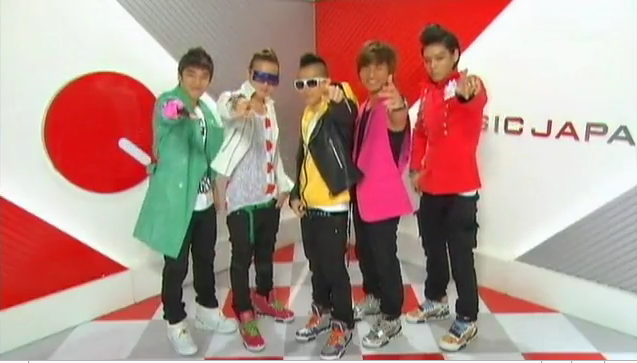 Big Bang continued their Japanese promotions by performing “Gara Gara Go” on NHK Music Japan. Big Bang are consistent performers and know how to keep their viewer’s attention. However I can not get into this song or these lyrics. I know it’s just idol pop music, but whenever I hear G-Dragon and T.O.P. start “rapping”, spouting off lines like ………

My style, my stage
so fresh, so clean
never falling, just ke-ke-keep it jumping
see her, get low
on flo, fo’ sho’
she gon’ make it go bump bump bump
so let’s go yo
we gon’ let it all out tonight girl
see the name T.O.P up in lights girl
everybody knows we up, they down
so let me see you shake shake that around

「GD’s rap」
Its on feel the  beat pump through the speakers
Man the myth the hope of the future
GD it’s me in the flesh top to bottom so freshly dressed
I am here to get down
Lose control take hold of the sound
Bring it up up up off the ground
Big bang no doubt
We gon’ turn it out fo sho!

…………I die a little inside. These are truly the Hooked On Phonics of rap lyrics. Knowing how much YG Entertainment‘s writers are “influenced” by Western hip hop, it comes as little surprise that Outkast, B2K, and every club banger/American slang term of the past ten years would be included in most of BB’s songs. But I seriously suggest Mr. YG spend less money investing in BB’s Japanese takeover and more money investing in a few copies of Rosetta Stone. 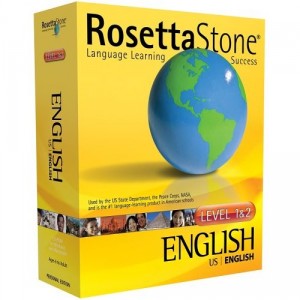