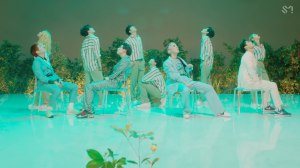 In the wake of what’s been a hard year and half for Shawols everywhere, the men of Shinee delivered a three-part series of EPs entitled The Story of Light, which culminated in the full-length Epilogue. The album is a testament to the strength of the now quartet as a group — their vocal dexterity, their ability to transform emotional upheaval into artistic excellence. While not every track in the series was necessarily a marvel, there are moments in this series in which all one could do was sit back and laugh.

The non-singles from The Story of Light are really some of Shinee’s best, to be perfectly honest. Though they are in technical terms missing a portion of their lyrical headiness, their ability to execute some truly complex and mature music is simply staggering. It may seem like I’m falling back on hyperbole here, but Shinee still manages to outpace their peers when it comes to delivering emotional, technically masterful vocals. From note one, we are transported back and forced to remember why this band has survived for ten years and thrived at the top. 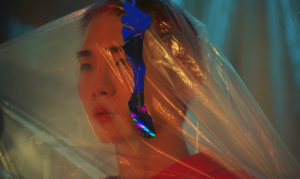 “All Day All Night” was a shock from the moment it blasted through the speakers. It’s quite deceptive in structure. Opening in typical Shinee fashion, a smooth R&B intro pours over into music that’s a bit more hard-hitting. Forget hard-hitting. That chorus is a punch to the face. When that drop comes, it’s like being thrown off a cliff and forced to soar through the power of Shinee’s vocal headwinds. With a twist in both tone and structure comes a unison harmony that’s both tightly packed and powerful, each member adding their own strengths at the height of the bridge and filling every inch of space. This one-part harmony bleeds into four different parts, but never loses any of its overall power. It’s a master class in breath and vocal control, diaphragm strength, and hearing the spaces between notes in order to fill them with voices that remain at their peak during its duration — only to settle into subtler tones as they come out of the chorus.

“Undercover” delivers a similarly shocking drop and shift in tone. However, the composition is grittier, a closer homage to house music. EP.1 was a strong declaration. Yes, there’s still pain. Yes, we’re still hurting. But we still know how to do this. Music is home for us, and we’re going to show you, from the first note until the last, that we will never lose what it is that makes us who we are. A track like “Undercover” does the work of revisiting previous tropes while giving them nuance and the signature Shinee vocal prowess that turns every song into something special. What would most likely be a filler track for less capable (or perhaps less bold) groups becomes a piece of musical magic when these boys get their hand on it.

EP.2 brought fans poppier fare, music that balanced what had always made Shinee a group to reckon with and some of the more on-trend constructions making their rounds in K-pop at the moment. That’s not to suggest that the music is lacking the soul that’s become their trademark. Quite the contrary, some of the vocal acrobatics in this series is just phenomenal. But that can run the risk of making the music less impressive if it rides the same wave.

Then there’s “Electric.” This song is a a work of art. Listening to it, I was stricken with the same tremors that assailed me when I first listened to “Alive” from 2016’s Odd. If I went into every single nuance and intricacy of the piece, I’d write an entire dissertation. The structure is from the gods! Firstly, hello there 808, my old friend. Yes, they are doing more work in the New Jack Swing pocket, but there’s an added dimension here: a subtle sub bass warping effect that gives us a piece of sonic magic. It would be obvious to use a Tesla-inspired loop or even a subsonic crunch. Instead the composers (of which there are several) decided to use a bass distortion to introduce the chorus and give the illusion of electricity zipping through the song to activate the members. Imagine if New Jack Swing and electro-house met at club Soap, had a few drinks, then had a tumble. “Electric” would be the product of the one-night stand.

EP.2 certainly had its share of surprises, none more intriguing than those who put pen to paper for this highly lauded group of young men. “Who Waits for Love” isn’t anything too sonically disparate from what we’re used to from Shinee. However, finding out that one of hip-hop’s most respected MCs and label owners Deepflow had a hand in writing the track made me take pause. It’s a moment when you have to run the track back and reassess everything that the song is and what it means. As far as the unexpected goes, you can’t get much more unexpected than a hip-hop purist penning parts of a ballad for an idol group.

While EP.1 was all about reintroducing the world to Shinee’s musical dexterity, and EP.2 proving they have the chops to navigate even well-traveled roads, EP.3 was all about getting back to the heart of the group: their vocals. “Retro” may not appear to be much on the surface, but when one simply listens to the technical aspects of the track, they can’t help but become overwhelmed with the power of the group. The harmonies are some of the tightest, most technically intricate the group have ever executed. Each member is distinct, yet the thread of the harmony doesn’t stray too far in one direction or the other. No one voice overpowers the other, and each member’s color paints an understate masterpiece.

And can I just say this is one of Taemin‘s strongest vocal performances?

Then… “I Say.” If you want to really get to the heart of the matter, really want to know what Shinee’s all about, “I Say” is one hell of an education. The harmonies are certainly tight, but each individual vocal has a weighted power to it that knocked me off my feet upon first listen. First off… Taemin’s runs! The boys must’ve gone to church right before recording this, because there’s something holy in the delivery. If “Retro” was one of his strongest vocal offerings, “I Say” looked every person who heard it in the eye and told them about themselves. The track is simple, just a piano and simple strings, meant to highlight and bolster the sheer magnitude of Shinee’s vocals. Every member takes a moment to just sing. To belt out notes that come straight from the gut, crashing through the music like tidal waves on rocky shores. It’s an uplifting and emotional piece of music that stunned me into silence for a few minutes after the music faded.

The Story of Light series was truly a gift. Again, not every track was a masterpiece, but some of the music in this series was just jaw-dropping. Looking past the singles, which in and of themselves do carry a bit of emotional weight, the message throughout the project was clear: