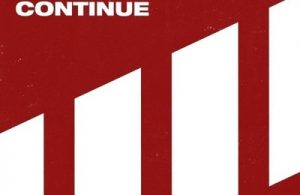 It looks like 2018 is going to be the year iKon gets serious about building a domestic fanbase. They’ve already had the release of their second full-length album Return, and are now returning with the New Kids series of yesteryear with New Kids: Continue. The fact that this second entry in the promised series is being put out over a year after the first — with an unrelated release in-between — gave me a bad feeling about it. Sadly, those niggling doubts proved accurate, leaving New Kids: Continue to collapse under one inescapable truth: iKon has no idea who they are.

To say the genres and styles utilized are scattershot would be putting it mildly. We’ve got 2000s pop-punk sitting next to Caribbean influences, traditional ballads sharing space with trap-inspired hip-hop. There are a couple moments where a sense of musical cohesion starts to form, but play any three songs from this EP and best case scenario, one of them is going to sound like it doesn’t belong. More likely is none of them sounding like they belong together. It’s not genre roulette; the EP is floundering in a desperate search for an identity.

The most frustrating aspect of this wildly divergent production is that iKon does quite a few of these sounds well. You can’t help but feel that if they’d just picked a sound and stuck with it, they would have a solid release on their hands. Nowhere is that clearer than when looking at the two album standouts “Cocktail” and “Freedom.” The former is a clear cut summer jam, full of reggae influences and funk tones in the synths as iKon kick back with beaches, babes, and booze. Chan’s “martini or mojito” prechorus is the perfect combination of sleazy, relaxed, and charming as iKon pull you into a day with no stress and many mixed beverages. 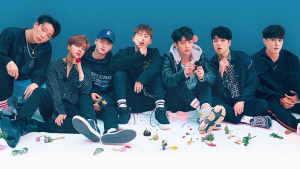 On the other hand, “Freedom” is a loving ode to 2000s mall punk, and I say that in the best way possible. This is a track built on angry guitar riffs and teenage angst. iKon is choking on the expectations of society, desperate to throw them off in favor of happiness and personal satisfaction. Using Ju-ne’s rougher vocals to kick off the chorus really puts the vibe of “rage against the Man” over the top. However, while both “Freedom” and “Cocktail” are great tracks, they are polar opposites — in tone, in sound, in message. They offer two great paths for iKon’s musical future, but played side by side, the end result is confusion that they are off the same EP.

However, there is one element of New Kids: Continue  that actually maintains cohesion across the album. The lyrics sustain a solid tone and emotional core from one song to the next, which is theoretically good. The issue is the emotional tone in question is “masochistic, bordering on emo”. As previously, mentioned, “Freedom” is rife with the youthful pain of being young. Considering the genre iKon is emulating, the histrionics and self-loathing can be said to be expected. They are also tame in comparison to the the melodramatic heights of other tracks.

The big offender is title track “Killing Me.” “In a nutshell, “Killing Me” is the result of crossing Big Bang’s musical style with Pete Wentz’s most volatile emotional state, minus the former’s originality and the latter’s prose. As someone who likes both those acts, that’s a mix that should never be. iKon is driven to terrifying depths of anguish and misery due to a break up, but the why is disturbing. The song focuses on a relationship that ended due to fears that they were smothering their lover with their love. Considering how broken and self-destructive they have become in response to the break up, I would say they were right. I would say get some therapy, because there’s heartbreak, and then there’s declaring that you’re dying from the pain with every reminder of your ex.

That element of death-level love and unhealthy relationships also appear on “Only You,” which plays a deceptively laid-back instrumental against codependency and a stalker-esque lyrical delivery. iKon have no issues declaring that they hate this girl so much it kills them, before turning around to say they love her that much as well. They then proceed to fling themselves into a starry-eyed future that bears frighteningly little input from her. It’s melodramatic, but rather than romantic, it comes off as creepy and unsettling — a prime example of why emo is not an emotional place everyone can pull off.

As much as New Kids: Continue has solid elements, and a couple really solid tracks, the fact remains that it is too disparate to really pull together. The wide range of styles on display feel like iKon is trying on costumes, with no sense of genuine musical identity underneath, and the one element that does hold across the mini is one that’s better left behind. There is potential here, but iKon needs to figure out who they are before they can reach it.