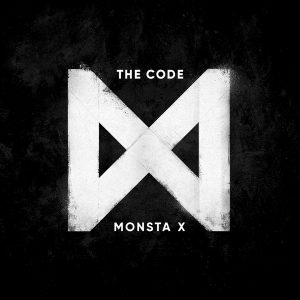 This past week Monsta X released their latest MV, “Dramarama.” “Dramarama” fuses a funky guitar riff that would be at home on a Red Hot Chili Peppers track with their usual hip hop style. The song opens with a chant of the chorus before it moves into Wonho and Minhyuk’s first verse. Visually, the music video is very cinematic, keeping up with the group’s preference for more aesthetically pleasing visuals. The narrative is broken up with Monsta X’s powerful dance performance, creating a really intense viewing experience.

The song “Dramarama” sounds the way “Fighter” tried to. While “Fighter” felt all over the place and not nearly as hard hitting as intended, “Dramarama” focuses on what makes Monsta X unique, rather than feeling too trendy. The combination of funk and a heavy bass suits Monsta X’s propensity for dance-focused music. The lyrics are more repetitive than strictly necessary, but the hook of “Dramama ramama ramama/Hey” is near impossible to get out of your head.

The music video for “Dramarama” is action-packed and the plot is something one would expect out of an episode of Doctor Who. Hyungwon seems to be at the center of all the drama (pun intended) in this MV. He sits in the cafe that Minhyuk works at and visits Kihyun where he works as well. The only members Hyungwon doesn’t visit directly are Shownu and Wonho. Each time he leaves them a watch that is somehow allows the wearer to travel in time.

Time travel is not allowed in this universe, as stated by the automated voice in Wonho’s timeline. And yet Hyungwon is seen leaving these watches around. While it is never really stated how Wonho received his watch, all the members with the watches seem to have reasons to go back to the past. For Wonho, it is to train with Shownu who appears to be a master kendo-ka. Kihyun can’t let go of the car accident that killed Jooheon, while for Minhyuk it appears he wants to be reunited with his childhood friend, I.M.

Out of the three plotlines, the two most dramatic ones are definitely Kihyun and Jooheon’s and Wonho and Shownu’s. Wonho’s apartment is littered with kendo trophies and gear when we first see him. According to his very future, much holographic calendar, he’s in the year 2047 and travelling back to 2017 to train with Shownu. After we see them training and relaxing in the dojo, three men in black catch Wonho in his apartment and take his watch.

While their relationship isn’t exactly defined as anything more than just training partners, the fact that we see Shownu sitting in his full bogu suggests their bond was strong. Kihyun is shown running after Jooheon’s ill-fated car over and over until Hyungwon passes by him. Kihyun somehow convinces Hyungwon to help him, but only at the sacrifice of himself. At the end we see someone sit down in Kihyun’s old spot, that person being Jooheon. The MV then cuts to the same car crash we saw throughout the MV, but Jooheon has been replaced with Kihyun at the wheel. The fact that Kihyun must sacrifice himself in order to save Jooheon is heartbreaking and also signals that the accident is a fixed point in time. There was no way that Kihyun was going to be able to save Jooheon without sacrificing himself.

As the MV progresses, more questions arise rather than are answered. Like, who exactly is Hyungwon in this narrative? Is he an inventor whose invention has been banned, but still wants people to use it? Is he perhaps some sort of death god? Or maybe even a Time Lord? Did Changkyun make it back with Minhyuk or is he still being chased by the men in black? All we know for certain is that Hyungwon seems to have a supply of these time travelling watches and that someone dying in a car crash is a fixed point in time.

Monsta X have outdone themselves with this MV. If someone pitched any of the plotlines as an actual drama, it’s likely that it would be extremely popular. Each member has a complex and intricate backstory that the audience only gets a glimpse of. “Dramarama” easily lends itself to multiple viewings to make sure you didn’t miss anything crucial to the whole story. It is definitely one of the best of their recent MVs.