Our 2016 End-of-Year review of albums got a bit intense, and so we bring to you the second half of the discussion — the mini albums, which has quite a bit of overlap between our writers, Camiele, Leesha, and Lo.

Camiele: We both have Dean and Crush‘s EPs at numbers 1 and 2, respectively. What about those minis spoke to you, Leesha?

Regarding Dean, for me it was just how shocking it was to hear something so uniquely R&B. There are tons of groups and artists who purport to do R&B in South Korea, and very few of them actually deliver honest-to-goodness, raw, sensual, earthy, root-based, genre-bending R&B. For an artist to not only understand the scope and breadth of a genre that is so traditionally rooted in the Black community, but to also be able to bring perspective and nuance to it blew my mind. His album had a versatility I was not expecting to come from an R&B artist from Korea. In fact, there aren’t that many artists I consider brazen enough to challenge the traditions of the genre, or at the very least the public perception of it (especially considering what’s been passing as R&B lately).
I’d say only three artists truly manage to capture it for me, and two of them are on my list (if G.Soul had released an album this year, trust he’d be on the list). What Dean did with his debut was actually open a lot of eyes as to what exactly R&B could and should be. And damn if this album didn’t piss me off! It’s a debut any artist would do give their left arm for, an album I wish I’d created!
As far as Crush goes, for a while there he was starting to slip off my radar. After Crush on You, it just seemed like he was churning out more drippy, stereotypical slow-jam fodder, and I was becoming bored. I always loved his voice and his production, so I always had him on the periphery. Then Interlude happened, and my mind was completely blasted. 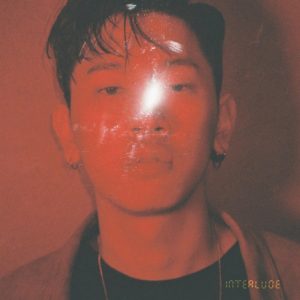 Here’s a guy who I honestly thought was stuck in a creative rut, and he just releases this piece of music amidst all the summer idol stuff. It’s experimental, smart, self-indulgent, exploratory — everything that R&B is and always has been. He used this genre as a vehicle for some truly stunning work that was almost 100% experimentation with sound and how certain sounds work together. He was able to build sonically just in one song what it takes most artists an entire album to create. He also, throughout this work, informed his listeners of just what a student of music he is. He takes elements of jazz, soul, R&B, and eletronica and molds them together to give us earthy, fearless music. Of all the albums on my list, this was the one that shocked the hell out of me because I just didn’t see it coming.

Leesha: With Crush, I have to agree a lot with you. Crush on You is still in heavy rotation for me, but the difference between that and Interlude was growth (which is what I based most of my lists on anyway). Crush on You was good, but Interlude showed the willingness to take risks. It was grittier than expected and I appreciated that it showed more than just the same old, same old.

Dean’s mini had me doing the old lady church wave. There are R&B albums, and then there’s 130 Mood: TRBL. Like, I go the feeling that I’d been missing something until I heard this album. His voice was magical and the range… all around this album was just exquisite. There’s just so much soul and none of it is overwhelming. It’s hard to believe that his career is really just getting started. It kind of brings to mind Bruno Mars, where you hear him on other people’s songs, you know he wrote for other people, but hearing him do his own thing full out is just mind-blowing.

And I’m just gonna put it out there: I liked Blooming Period. A lot. Which I know Lo reviewed and had some strong feelings about. It seemed really polarizing at the time of release too, though I attribute a lot of that to Block B hate which is another topic entirely. Like I mentioned with Crush, this mini was a lot of growth — and growing up. Block B has always had this party boy, crazy, loud image despite most of their non-title tracks being the opposite. I felt like Blooming Period showed a lot of maturity for the group and finally, finally got some sweet Taeil-ness that could not be ignored. The only out of place track was “Bingle Bingle” which should have been saved for a Bastarz comeback as it threw off the overall vibe of the album which was much more mellow. However, this mini was a good way to show that softer side of Block B that has always existed but hasn’t been highlighted. Plus, more Taeil. 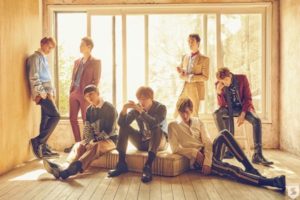 Lo: My issue with Blooming Period is actually the same as I had with Dean and Crush, which you two loved and I was more meh on: I don’t remember these albums. Like, I listened to all three, and three hours later, I couldn’t remember a single musical interlude, except the first half of the main chorus of “bonnie & clyde”. I remember reviewing Blooming Period, the frustration, the disappointment. I really liked the lyrics of “Toy” but put a gun to my head and I could not recall a single note. They’re all so slick they slid right out of my head, no texture or momentum to truly grab my interest. Dean and Crush in particular, I can see and respect the objective quality, but I got bored listening.

Compare that to A New Empire, which blew me away, had that lush, sleek R&B sound, and had a sticky quality that kept it reverberating around my skull. The bittersweet vibe got expressed and enhanced through some great musical choices — like the piano in “Home”, the contrast between Eric Nam‘s smooth voice and Ailee‘s rougher one on “Feelin'”, and the touch of blued-eyed soul on “If You”. It’s rough, but not raw, as if the edges got sanded down rather than sanded away. “Home” in particular is a strong contender for my favorite song of 2016, for managing the apparently Herculean task of creating a midtempo song with momentum. It’s a damn shame A New Empire was as slept on as it was.

Camiele: A New Empire is a well put together album, sleek and pretty. It definitely should’ve gotten more attention, I’ll most certainly give it that. But what I found with it, as with Ailee herself, I was bored. It’s one of those things that, yes, I’ll gladly acknowledge and proclaim to the heavens Ailee’s got pipes, but her voice bores me to tears. While I believe this is her most mature work to date, nothing on this mini grabbed me, nothing touched me in a way that would leave much of an impression. 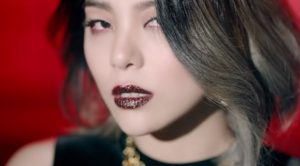 As far as I’m concerned, this was a studio representation of what typical R&B is to mainstream audiences. Which is fine. But for me, there’s no depth, no nuance, no legitimate soul in the music. Not even Tasha featuring on the album could do anything to stir emotions in me. It’s R&B that’s easy, accessible. There isn’t that grit, that earthy soul that makes R&B what it is. And on the flipside there isn’t anything interesting musically, nothing that I’ve not heard before, or at least an intriguing take on common R&B conventions. Unlike many people, I hold all artists to the same standard, male or female. Ailee never quite seems to reach it for me. I always just feel so underwhelmed with her work. This one was no different.

Leesha: I have to agree with Cy. Ailee can sing but that’s it. She can sing. She sings nice. There’s only so many ways you can say it. She gets a lot of praise for being a vocalist but how much better is she than her peers? That being said, her mini is solid and I won’t take it away from her.
Camiele: Meanwhile Luna did surprise me with her debut mini. I think it may just be a product of being a part of f(x), but her music was rich in unconventional compositions, all of which worked in perfect concert with her voice. Free Somebody was also heavily slept on. What I loved about it is exactly that it didn’t sound like most of the pretty pop that came out this year. Luna certainly could’ve gone for candy sweet, more bops than just good, solid music. She probably would’ve gotten more attention for it. I’m glad she took a chance with who she worked with, the compositions she chose.
For both of these ladies I will say this: I’ll always root for someone who steps beyond what they know or what they usually do. If you’re gonna be an underdog, may as well do something different than what fans expect or know you for. 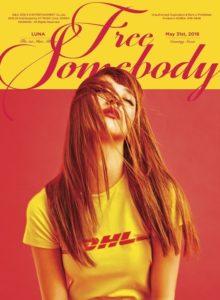 Lo: Oh, god, yes to everything you said about Luna. I am the resident househead both at Seoulbeats and in my civilian life, and Free Somebody is why. Moody, edgy, filled with the layers and repetition that characterizes electropop but not repetitive to the ear.

In a year when most popular EDM fell into the tropical house vein — which I like, but I’ve got a limit — Free Somebody was a tornado of fresh air. It’s vibrant and passionate in a year where most music was minimalist and sterile. “Keep On Doin” is a flawless mix of R&B and EDM, “Galaxy” is filled with soaring heights of instrumentals and vocals, with Luna sounding beyond smack-dizzy in love, “Breathe” is a tense, emotional mass that rivets me in place every time I hear it, and then there’s “Free Somebody” desperate and wild, balanced against some serious groove and a very precise arrangement, with a killer drop that I want to force a certain duo to listen to as educational material. Then there’s Luna herself, who gets to flaunt her technical and emotive range in a way she’s never been able to in the past. Free Somebody is everything good about my favorite genre, and if anyone has ever wondered why I have such a low tolerance for lazy, hackneyed EDM, this is why.

Speaking of underdogs: have either of you heard about our ladies and saviors Rainbow? I was heartbroken when I heard they disbanded, but I was able to console myself with the fact that they went out on the high not of Prism, EXCEPT NOBODY HEARD IT. I am coming to the point where tossing on some black slacks and ringing doorbells to spread the word of its glory does not sound crazy. It might have gotten demoted from my top spot, but it was a hard, agonizing choice that I literally lost sleep over. This is a retro party of fun and glory, touching on overlooked genres like surf rock and psychedelia. It was a bold choice given the trends towards minimalism and 80s synths, but it paid off. The lyrics, screaming of confidence and standards and a genuine sense of self-worth are just the cherry on top. And I know that I have beating this horse since February, but if I get just one person to listen to Prism, I’m calling it a win.

Leesha: Let me go listen to Rainbow before Lo shows up at my door…

And on that note, our mini album discussion has come to a close. With such overlaps, many mini albums have been left off the list (though there are also Lo’s honorable mentions — BAP‘s Carnival, Winner’s Exit:E, Wonder Girls‘ Why So Lonely). What mini albums from 2016 would you have on top?