To the Executives at Cube Entertainment, 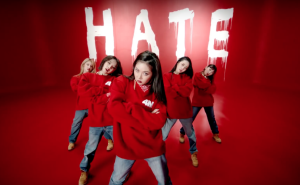 Remember the good ole days when Cube was hailed as next in line to join the Big Three? When everyone looked up to Cube as a model for how a new agency can establish itself and rapidly grow? Remember when people marveled at the agency’s determination and envied its achievements?

2016 was a tough year with the biggest blow coming when Beast chose not to re-sign with the company. However, my sympathies only go so far. What you did to 4Minute was inexcusable. This was a group you built the company on and, sure, I understand the financial reasoning behind letting the non-crucial members go but simply disbanding the group so unceremoniously and without warning is disgraceful to the legacy that you’ve built and it leaves a bad taste in the mouth of many fans.

But that’s not all. Using CLC as a replacement for 4Minute is downright atrocious. Did you think that’s what the fans wanted? A constant reminder of the group you ripped apart? Do you really want to emphasize how replaceable girl groups are by remaking everything that was good about the one you just got rid of? Where is the decency?

At least you were smart enough to hold onto Hyuna but the company will be in dire straits soon if you don’t make 2017 a great year. Allow me to share a few proposals that I think will not only work out financially, but will also give the fans what they want and allow them to get over the pain that you’ve caused. Together, we can make Cube great again! 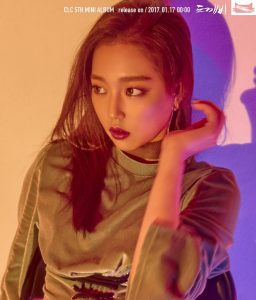 This is such a no-brainer that I’m amazed that it needs to be spelled out. As I mentioned, fans are not over the pain of 4Minute’s sudden disbandment. Using CLC as a substitute isn’t helping; in fact, it’s rubbing salt on the wound. And did you really have to put Hyuna in charge of the group’s creative direction? It’s just so… spot on. From the visuals and the music to the stank eye on each girl’s face, everything about “Hobgoblin” is an emulation of 4Minute down to the finest details.

I know CLC wasn’t doing good before. Who’re we kidding, they were doing terrible. They were a mishmash of innocent girl group tropes with no method of deviation that separated them from the pack. But turning the group into a cover band of 4Minute isn’t the answer either. People’s interest in CLC might be piqued temporarily but it’ll go away once the novelty factor wears off. After all, how long can you expect to put Yeeun in Hyuna’s makeup and have her replicate Hyuna’s voice before it gets old? CLC deserves to have their own direction and, in the long run, they will benefit far more from it.

2) Give Pentagon an identity.

The identity problem you’re having with CLC is also quite apparent with Pentagon; they don’t seem to have a distinct identity and are lacking in direction. It’s easy to look at other groups that are doing well and aspire to be like them but there eventually needs to be some sort of tangent which allows this group to distinguish itself. From the group’s first two releases, “Gorilla” and “Can You Feel It,” I see glimpses of BTS and Exo but there’s nothing that tells me what’s going to be unique and special about Pentagon. Then there’s “Pretty Pretty” which is starting to look like a pretty blatant knockoff of Seventeen. Direction matters and Pentagon will be heading down the same road as CLC if you don’t iron out the details immediately.

I know you’re desperately trying to compensate for the loss of Beast but Pentagon is not going to be your saving grace, especially if you’re going to run them through the ringer of imitating every popular boy group. Isn’t this like their third promotion cycle since they debuted three months ago? Instead of trying to force this group on us, give them a break and let someone else have a turn.

3) Do NOT turn BtoB into Beast. 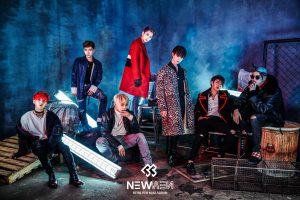 You’ve done a good job getting BtoB to where they are today. They didn’t start out so hot but they’ve gradually developed a sizeable fanbase over the years, etching out a decent niche as an emotional vocal group. Releasing striking ballads accompanied by heartfelt raps, the group has developed a distinct artistry that acts as a mature alternative to the litter of hip hop- and dance-focused boy groups.

That’s who they are and they’ve worked hard to get to where they’re at. They’re not Beast and they’ll never be Beast. You’ve got a good thing going with BtoB; don’t mess this up by making them into something that they’re not.

You’ve done a good job by putting Jeon Soyeon on Produce 101 and subsequently on Unpretty Rapstar 3. As a result, she is arguably the most highly anticipated trainee at the moment. The key is to promote her while she’s still fresh on people’s minds. You need to spend some of that money you’re pouring into Pentagon to ensure that she’s given a proper debut as a solo artist. That’s right, a solo artist. Don’t you dare try to insert her into CLC or wait another year or two before she debuts in your next girl group. You’ve got a good thing going here; don’t mess this up by trapping Jeon Soyeon in your dungeon.

5) Let Roh Jihoon and Hyunseung out of the dungeon.

Speaking of dungeons, what exactly are you doing with Roh Jihoon? Since he debuted in 2012, he’s only had one comeback, and that was in 2015. The guy’s got talent; don’t let it go to waste. 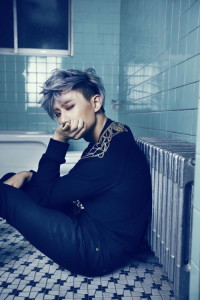 But then again, male soloists aren’t a sound investment unless they already have a strong following. Luckily, you have another male soloist who does have an established fanbase. It’s been a while since we’ve heard from Hyunseung. How ironic is it that he’s the only member of Beast to decide to stick with Cube? Show some gratitude by promoting him and see what you can milk from the remaining remnants of Beast.

And if you’re not going to promote Hyunseung as a soloist, then at the very least…

6) Give us more Troublemaker!

Wasn’t that the reason you still want Hyunseung around in the first place? To keep the possibility of a Troublemaker comeback alive? It’s been over three years since the duo’s last release; the fans are starving for more Troublemaker. In fact, give us more Troublemaker than we can ask for, one with more fire, more danger, and more sexual tension. I’ve got a fever, and the only prescription is more Troublemaker!

7) Unleash Hyuna on the world.

As for Hyuna, you have to think bigger. It’s not enough that she’s the queen of K-pop. If Cube is ever to regain its status as a possible Big Three candidate, you’ll have to think like the Big Three and try to have Hyuna breakout overseas. You’re off to a good start by having her tour North America but that’s only the beginning. She needs to be exposed to other markets in order to transcend her status from K-pop star to world star. 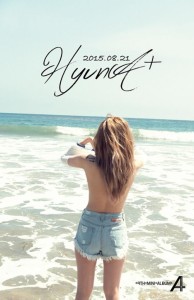 Times have changed and the company will have to look outward in order to stay ahead. The reason Beast and 4Minute were so successful to begin with was because they had an early start. The competitive advantage of debuting in 2009, before the market became flooded with idol groups, far outweighs any marketing strategy in determining the overall success of these groups. The idol market is one of diminishing returns and the playing field in 2017 is much more brutal than the one of yesteryear. You’ll have to take risks in order to be rewarded and tapping into overseas markets with arguably the most renowned star in K-pop is an investment worth taking.

So how about it? Let’s give the fans what they want and try our best to be fresh and original in 2017. Try to think outside the cube. 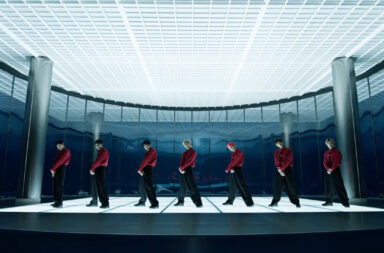