2NE1's "Goodbye" Is a Bittersweet Farewell

How do you feel when you say “goodbye”? We say it for various reasons. We say it as we leave our homes. We say it to friends before ending a conversation. We say it to Felicia after a snappy clapback. We even say it after someone we love passes away.

Thankfully, nothing as tragic as death is the reason for a farewell here. Regardless, fans are still mourning the disbandment of 2NE1, one of K-pop’s most popular groups. Forums of heartbroken Blackjacks went back and forth over who was at fault, but ultimately, what fans wanted most was a proper send off for their beloved ladies. Wishes were granted that request in the form of “Goodbye”, the final song by 2NE1.

2NE1 was my introduction into K-pop, so I was as depressed as anyone when their disbandment happened. I saw it coming after Minzy left, but foresight didn’t prepare my emotions. The same could be said for this video.

For anyone who isn’t a Blackjack, this video is nothing more than a montage of old 2NE1 videos. It’s easy to brush off this MV as basic unless you’re a fan who picked up on subtle details. For starters, there’s the use of monochrome and high contrast lighting. This filming technique isn’t anything revolutionary, but let’s not forget the purpose of this video. It’s a goodbye to fans, thanking them for their support throughout the years. The use of simple monotone sets the mood, keeping things somber. Yes, it would’ve been nice to celebrate this group in a more lighthearted fashion, but let’s not pretend things ended prettily. 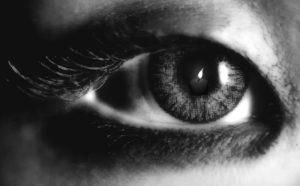 The initial shots of CL laying among a field of candles reminded me a bit of some videos from the ’80s. The nostalgic factor works here because this video is focused on the memories the group made with fans. Adding to the memories, old footage of 2NE1 is played against a wall as CL wistfully sways in front of it. Between her verses, we see the shadowy figure of Bom, which made my brain explode with the possible symbolism there. Is this a dark way of saying she’ll quietly remain unseen because the Korean public has yet to forgive her past scandal?

On the other hand, Dara is illuminated like a fairy princess with sparkling snow during her refrain. She looks breathtaking despite her sullen expression. One part that gave me chills was when the camera zooms close to her eye as the image of flame extinguishes in it. Little background for the non-Blackjacks, 2NE1’s debut song was called “Fire”. I didn’t know whether to be crying a puddle or hugging myself over that. Was it intentional? I love the brilliance of that tiny detail, but it hurt my heart seeing the literal light go out. 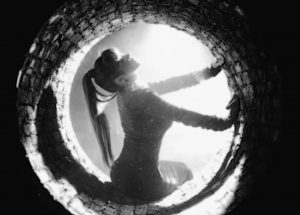 Finally, the lady of the shadows, Bom, floods the screen inside of a tunnel. Like CL and Dara, her face displays a sadness that’s probably shared by fans. Resembling a siren trapped in a well, she sings a revealing verse:

CL has gone on record saying she wrote the lyrics for “Goodbye” after Minzy left the group. Although that is the case, it’s interesting how well they apply towards other things as well. “Broken stories” could be a reference to all of the negative press surrounding the disbandment. With YG’s media play to justify the breakup, it’s easy to understand how those words relate to this situation. This got ugly when it was unnecessary. Almost everyone agrees that none of the members of 2NE1 were in the wrong, but I digress. I’m here to review this video, not YG’s press statements. 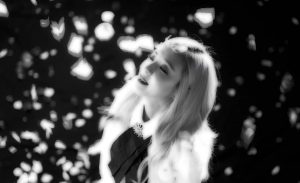 An MV isn’t solely about the visuals; musicality counts for a lot as well. The heavy use of acoustic guitar made this video all the more poignant. There is something about how the melody matches the sensory of leaves falling, which fits if you consider the scene of Dara smiling underneath petals cascading upward.

I feel like the guitar was the star. It really set the mood and had me thinking about the numerous fan-made videos that I’m sure Blackjacks will create using their favorite 2NE1 clips. This song may become one of those quintessential favorites everyone uses for farewells, just like Boyz II Men‘s “It’s So Hard to Say Goodbye”. I’m also predicting that it’ll be the background music for many fan-made anime videos.

The song is appropriate for a goodbye. It’s not too light or too heavy. It’s been playing in my head on repeat ever since its release. As for the video itself, I’m a bit conflicted about it because it’s missing Minzy. I hate that she’s not in 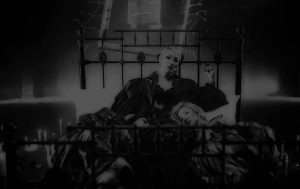 it vocally. Even the ending with CL, Dara and Bom on the bed felt incomplete without her. For that reason alone, I’m not totally in love with this video. The song is gorgeous, and I find the lyrics to be touching, but it’s simply not a proper ending if you don’t have the full group involved. I don’t care about the politics regarding why she couldn’t be included; I wanted her there.

Anyway, it’s over for now. I stress “for now” because the lyrics hinted at the possibility of a reunion. There is still time. Somewhere in the future, we may read news about their return. They’ll be more mature, seasoned, and hopefully ready to conquer the stage again. And if that happens, fans will say “Welcome Back, 2NE1!” But until that wishful day, all we can do is say “Goodbye”.