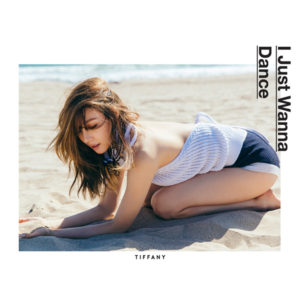 Following the smash success of Taeyeon‘s solo album, it’s little surprise that SM has kept on debuting SNSD members as soloists. Next up on the roster is none other than Tiffany. Tiffany is a logical choice, handling much of SNSD’s heavy vocal lifting, as well as being on third of the vocally oriented subunit TTS. But logic rarely has anything to with solo material, so how does I Just Wanna Dance hold up? In a word: eh.

I Just Wanna Dance opens on the title track, a self-indulgent 80s throwback. That’s all meant as positives, for the record. “I Just Wanna Dance” takes its cues from early Madonna, built on synth pop and personal desire. The track brings to life the feeling of seeing an empty world as a stage, and desperately wanting to take your place on it. This is Tiffany exercising her demons through dance, pure and simple. “Exercise” is the right word, too, as “I Just Wanna Dance” is ironically, a hair too slow to dance to. However, it’s momentum and steady pace make it a perfect exercise jam.

“Talk” has the potential to be great, but it’s bogged down by a serious failure to communicate. The core of the production is a thuddy, prominent bass, which combines with Tiffany’s breathy, sultry vocals to craft a steamy other-world of sexual haze. Based on nothing but the chorus, it appears that Tiffany’s pleas to “talk to you” are focused less on verbal communication and more on physical. Which makes the verses, about putting off sex in favor of getting to know your partner, really odd. There’s nothing wrong with that, but the disconnect between the carnal chorus and chaste verses is incredibly distracting.

“Fool” marks the first time I Just Wanna Dance delves into Tiffany’s higher range. It’s such a shame that a solid vocal delivery is tied to such a bland song. The production attempts to create a dreamy aura, but just like a dream, it fails to stick in your head after it’s over. It’s a pleasant, competent song, with the dreamy instrumentals matching the lovesick lyrics, but there is nothing memorable here. 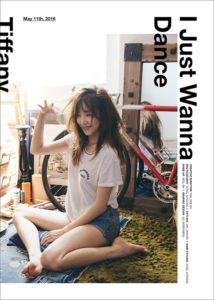 “What Do I Do” is the sole Tiffany-composed song in the mini, with the Korean lyrics penned by Sooyoung, so hopes for it were high. And then they were dashed, because “What Do I Do” is hands down the worst song on I Just Wanna Dance. The production is a grating collection of random noises that, logically I know are synths, but they bear little resemblance to music. It’s messy and distracting, managing to drown Tiffany out completely. The lyrics do not help. Telling the tale of a dumped girl who took the dumping poorly, they ping-pong back and forth between pathetic and concerning as she waits for the guy to come back and pleads with him to tell her what to do now.

Luckily, “Yellow Light” is a vast improvement. This is easily the best vocal performance on the album. Tiffany balances the emotion of the song with clear, gorgeous technique for a heartrending performance that is unfortunately over yet another round of blasé, uninspired instrumentals. “Yellow Light” was clearly aiming for melancholy with the simple, sparse production, but the lack of energy or musical climax places it firmly in the realm of dull.

“Once In A Lifetime” suffers from the same lyric/instrumental disconnect as “Talk”. The lyrics spin a tale of Tiffany finding a love so special it only comes once, but the music does not back that interpretation. It’s pleasant enough, with a warm guitar and some well-placed finger snaps for a touch of authenticity, but that’s about it. It’s dispassionate, lacking the epic sound needed to convey a love that only comes once. The phrase “once in a lifetime” implies a romance that spans years and continents; lives ruined; bloodshed. The song “Once In A Lifetime” implies convenience, average sex, and a healthy dose of “why not”.

I Just Wanna Dance rounds out with an English version of “What Do I Do”, which is actually better than the original. The production is still a hot mess– seriously, if you’re not Daft Punk or Deee-Lite, do not attempt to use random noises in musical production– and it still utterly drowns out Tiffany. However, the English lyrics, written by Tiffany, are a vast improvement. The framing is changed to imply the break-up just happened. This allows the question of “what do I do?” to scan as confusion from someone who thought everything was fine, rather than the desperate mantra of someone who cannot accept that the relationship ended a while ago.

I Just Wanna Dance is tepid. There’s not much here that’s out-and-out bad; the production is competent if nothing else. Tiffany doesn’t get a chance to flaunt her vocal chops, but it appears the goal of I Just Wanna Dance was to present her as a stable, solid soloist, which it does; she sounds great. But there’s nothing here that’s interesting, no song that grabs my attention and makes me say “that’s where she proved herself.” Overall, I give I Just Wanna Dance a 3/5, because it’s technically competent, but you can’t dance to it. 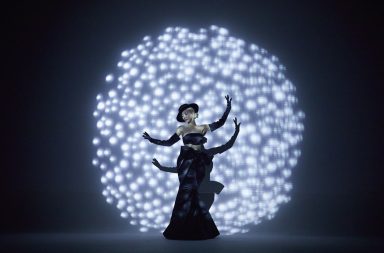