Salting, Stirring and Stewing Gratitude: U Sung Eun's "Nothing" 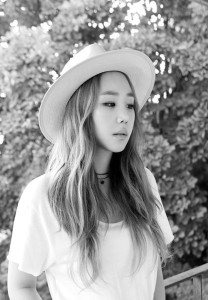 On October 13th feisty female vocalist U Sung Eun made a comeback with her 2nd mini-album while promoting its deliciously dramatic title track “Nothing” featuring MAMAMOO’s Moonbyul. In January of this year U Seung Eun was active on the K-drama scene in Mnet’s star-studded musical romance Perseverance, Goo Hae-ra where she sang a pretty and flowery OST titled “Love+” with Super Junior M’s Henry. She returned later in July with her dangerously suave single “Marihuana” and surprised everyone with her transition from a sweet and plump girl next-door to a smoky femme fatale crooning away about addicting love.

Meanwhile the release of “Nothing” has functioned as a buffer for her since the criticism she accosted for the title of her last track and situated her in a position where her powerful vocals shone through, drawing fans who had kept their eyes on her since the chart-buster “Healing” back to her passionate vocal aura. The concept projected in “Nothing” is a noticeable and well-placated balance between her bubbly “Love+” persona and her subdued “Marihuana” image with it’s indie cinematography, delectable cuisine, and wholesomely unexpected meaning.

“Nothing” initially introduces us to a maroon-dyed scene made comfy with flannel blankets, warms lights and a causally dressed U Sung Eun lounging around in her favourite socks pondering over something absentmindedly. From the first verse of the song we hear her commanding vibrato melding into a subtle and audible harmony with acoustic guitar accompaniment in the background. Her vocals are in no way reticent but assume a more pacified tone in preparation for the enthralling chorus, which is suddenly flooded by orchestral resonances and a rapid guitar melody.

The MV at this point has progressed to a stage in which U Sung Eun’s visible gloominess has taken her to the kitchen of a bright-eyed companion with a gentle and reassuring smile who teases her as if to help her get back to her normal self. His kitchen is decked out with rustic cutlery, a plethora of shimmering fruits and veggies and the cornucopia of every epicurean dream — a porcelain bowl of spiced clams.

While U Sung Eun sings lamentably and her dashing companion prepares a thanksgiving feast, Moonbyul makes her rap entrance amidst the folds of U Sung Eun’s rippling vocals. Her rap is solid, raspy, and clean and makes the song flow together to an excelling degree where balance and harmony are demonstrably dominant.

The story of the song speaks about an ill-fated relationship, where U Sung Eun is abandoned by the one she loves for another woman. Through the lyrics she recalls in vivid detail the sentimentalism of their memories and how they have been tarnished by an unreliable, awkward and miserable relationship. She emphasizes the antagonism of her former lover by declaring his flaws aloud, scoffing at his pathetic apologies, and insisting that she will no longer shed tears for him or what they had and lost. If it was all a dream, a foolishly beautiful dream, she would be much more uninhibited.

In the meantime, her chef companion has done his best to chase away her doubts by preparing a wholesome meal reminiscent of a warm Thanksgiving dinner. Foodies and people who simply enjoy a delicious meal (like myself) are in awe as he salts, spices, stirs, sautés, and stews fragrant foods into a gleaming plate and sets them before her. U Sung Eun is accosted by a flashback while she takes the first bite out of her companion’s completed masterpiece; a ring lands among concrete flowers, a hand grasps another, a train rustles by against the wind, and a single (perhaps even final) tear streams down her cheek. By the end of the brief travail U Sung Eun has emerged out of her desolate memories and looks to her companion, her hero, and her best friend with the brightest smile imaginable. 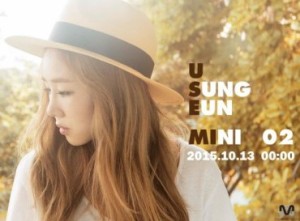 The nature of their relationship is limited to just that, a deep friendship. Only from this perspective can we see that a meal made with compassion, understanding and care from someone we cherish has the power to chase away any sorrow when eaten with a heavy heart.

Its cinematography, fragrant foods, and beautiful meaning make “Nothing” one of U Sung Eun’s most relatable and enjoyable tracks; I’d recommended it for everyone looking for a little warmth and snugness this chilly autumn.

At the same time U Sung Eun’s “Nothing” speaks of a trampled heart, it also speaks of the all-encompassing warmth of giving thanks; for those who treasure you and for the cozy consolation of scrumptious food.