Yoo Seung-woo Leaves a Chill with "You're Beautiful" 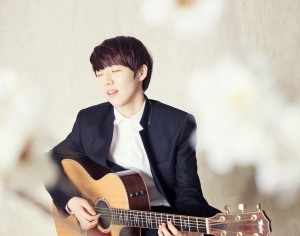 Everybody’s favourite baby-faced singer, Yoo Seung-woo, has made his contribution to the plethora of summer songs with “You’re Beautiful,” featuring Louie from Geeks. The song has quickly reached the top of the charts thanks to the combination of Seung-woo’s sweet vocals, a beautiful melody and an engaging MV.

[youtube http://www.youtube.com/watch?v=70uYSbGbinE] For the Superstar K finalist, this MV marks an important progression in his career. Seung-woo’s MVs have always been a joy to watch, but this time, he plays with an intriguing story line that really keeps the viewer interested. Through this MV, Seung-woo seems keen to show his development and maturation as an artist, with the MV being deep and having a surprising twist at the end (spoiler alert: watch the MV before reading this review!) 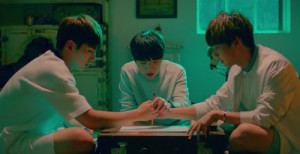 The opening scene sees Seung-woo, NO.MERCY’s Kihyun and Boyfriend’s Jeongmin nervously consult a sort of Ouija board. They are all holding onto a pencil, letting a spirit from beyond the grave control their hands as they draw across a piece of paper, attempting to communicate with a spirit. Seung-woo encourages his friends to continue when one of them seems unsure about going to such extremes to contact a spirit. The pencil on the paper begins to move, as the spirit tries to get in touch with the boys. When one of Seung-woo’s friends asks the spirit “Are you a woman?”, it seems to trigger a flashback for Seung-woo, who then starts to think back to the woman he lost, played by G-Friend’s Eunha. 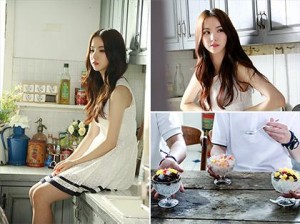 The MV is largely sweet at the beginning, playing to Seung-woo’s usual style. Aesthetically, the soft colouring of the video makes it extremely pleasant to watch. Seung-woo and his friends go for a trip, with the countryside making an absolutely stunning backdrop for the MV. These happy moments, however, are interspersed with clips of Eunha looking anxious, hinting at some discord between the couple.

When the boys return from their summer romp, the beautiful Eunha greets them with patbingsu, and the party continues at home as they light sparklers in their backyard. At one point, Seung-woo bashfully sits next to Eunha, admiring her, but she seems to take no notice of him. At this point, the viewer begins to feel that something is not quite right.

After their exciting day, Seung-woo decides to look over the day’s happy snaps, smiling at the recent memories. That’s when the bombshell hits both the viewer and Seung-woo: he’s not visible in any of the photos, meaning that he was a spirit that his friends weren’t even aware was around them. A montage then plays, repeating all the happy moments that we had just seen the three boys enjoy, except this time, without Seung-woo, which is a really effective way of bringing home the point. We are left with the poignant image of Eunha putting aside a photo of her and Seung-woo, indicating that she is still very much in mourning. 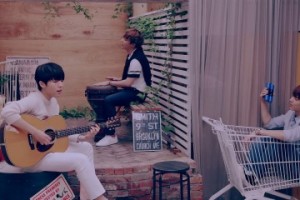 This twist ending was executed extremely well in the MV, making it particularly impacting. Seung-woo was weaved seamlessly into the MV without the audience feeling as if anything was amiss. When you rewatch the MV, however, you realise that Seung-woo’s friends never actually interacted with him, making it clear that he was just a spirit. The MV manages to pack a punch thanks to how naturally Seung-woo was incorporated into the MV.

What’s more, the producers have also managed to mislead the audience with a red herring,  as we initially suspect that Eunha is in fact the ghost that Seung-woo can’t get over. In reality, Seung-woo is the character who can’t let go of his old friends and lover, and desperately tries to join in their lives before eventually realizing that they have to move on.

Moving story lines are rare to see in K-pop MVs, making “You’re Beautiful” a breath of fresh air. The upbeat nature of the song contrasts well with the MV, giving the audience something new to enjoy rather than typical box sets and happy summer montages. 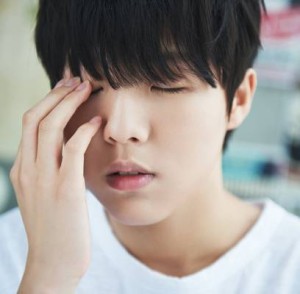 Lyrically, the song is just as moving as the MV. The lyrics tell the story of young love, with 1theK writing that it revolves around “an incomplete, unstable love of the twenties.” Louie’s rap sections fit well into the song, with his largely somber lyrics balancing out Seung-woo’s dreamy, love-struck ones, once again highlighting both the good and bad sides of love.

Musically, “You’re Beautiful” is the quintessential summer song, soft enough to play in the background as you go for a summer drive, but also lively enough to perk up your spirits. Paired with its aesthically pleasing but also emotionally impacting MV, Yoo Seung-woo has been able to show just how far he has come since his days performing on Superstar K. 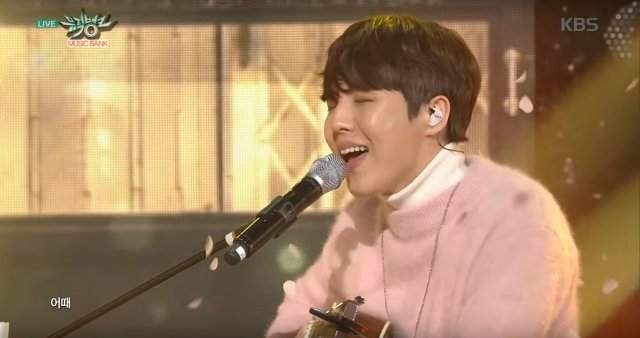