When Idols Show their True Colours: The Dangers of Racial Stereotyping 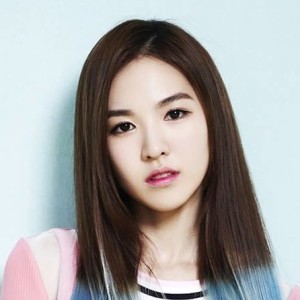 On the November 1st broadcast of C-Radio Idol True Colours, Red Velvet member Wendy revealed a rather controversial personal ‘talent’ that left many people — particularly international fans — somewhat less than amused.  During a segment of the show, she felt it was appropriate to perform a few questionable impersonations of both Black Americans and White Americans, male and female, to the absolute delight and encouragement of her peers. Unfortunately for her, they also inevitably fell under the incredibly sensitive topic of racial stereotyping, which presumably resulted in a majority of negative responses and backlash within a sea of fairly mixed comments.

Understandably, many spectators felt as if her actions were completely ignorant so she should formally apologise while others felt it was all done in good fun. Either way, the sheer response she received is an indicator to an underlying problem, not only in K-pop but in society as a whole, of the prejudgements people make about one another based on colour, ethnicity, gender, sexual orientation and the fact that these things can often be quite offensive yet is still generally overlooked.

Though this is a very multidimensional topic, let’s try and strip it down to its core for simplicity. A stereotype can be defined as generalizations or assumptions on the characteristics of a particular group of people. These views are generally based on oversimplified images or on singular ideas of what that group is like, and since stereotypes are self perpetuated through external influences such as the media, they ultimately become widespread which means people within the group forever become associated with these labels, regardless of their true nature.

Now this is an incredibly 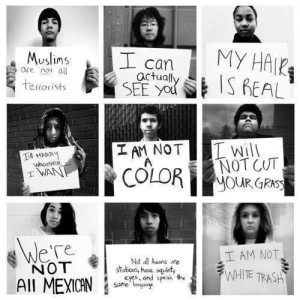 frustrating notion for many people. To be forever pigeon-holed with an idea that has been forced upon oneself because one belongs to a certain category of people can be incredibly demeaning and frankly rather irritating. Everyone has been subjected to some type of stereotype at some point in their lives and on how many occasions has one ever thought that is not what I am really like? Or I can do such and such? Even if the label you are being stuck with is a positive one, the effect can be destructive in the same vein because it sets the bar unrealistically high, and if not reached, it can be depressive for those who cannot live up to it.

The beauty of the world lies in the individuality of its people. No one person is the same. Women are not all great at cooking, Asians are not all great at math, and many white people can dance. I believe author Chimamanda Ngozi Adichie best summarises the problem that exists with stereotyping with the statement: “The single story creates stereotypes, and the problem with stereotypes is not that they are untrue, but that they are incomplete. They make one story become the only story.”

Therefore, for Wendy to say things such as “For black men, because they’re like gangsters, they’re like..” and then proceed to do the best thug-like gangster impersonation she can muster up is in fact pretty darn ignorant because she is generalizing the entire black male population to behave like gangsters because of a few examples she may have seen. Her impersonations are of course nothing new, as you can see for yourselves in the video below around the 14:00-15:00 mark.

Many people will have seen impressions like these before which only demonstrates how widespread these stigmas have become and how easily people have been conditioned to accept them as if they are a mere fact of life. You only have to look at the reaction of the others in the room to see what I mean. The fact that Miss A’s Jia follows along with her own version or that Zhou Mi and the others are laughing and applauding her illustrates how less of an issue it is considered to be and just how easily it can be overlooked.

Now there is in fact an argument to be formed here. A lot of people may watch something like this and take it in a lighter stride. They could argue that since she has lived in Canada for a fair amount of time she has almost certainly been exposed to a lot of these stereotypes first hand, therefore it’s perfectly justifiable for her to behave in this manner. This is a somewhat reasonable argument and provides some small grounds for her actions because it actually isn’t entirely her own fault. As a youth of the society she was brought up in, the images she was surrounded by have conditioned her way of thinking and cultivated her enough to believe that some of these things are true, and she is only relaying what she has seen elsewhere to the audience.

Furthermore, she most likely only did it to be entertaining and get a positive reaction out of people in the daunting world that is variety shows. This is certainly not an alien concept where even in the Western world people have constantly found humour in stereotypes and used them for the purpose of entertainment. Comedians such as Russell Peters and Chris Rock have cemented the use of impersonations into their stand-up comedy shows so Wendy could easily just be following along without thinking about the hidden implications.

The problem, however, is not that she has been influenced to follow in these stereotypes, but the fact that she is actively participating in them and further disseminating them to others, especially as a public figure, is inappropriate. Through her actions, she is perpetuating racial stereotypes and showing a certain level of ignorance which unfortunately, from what I have seen, is not uncommon in the K-pop community. Other famous faces in the K-pop scene have done similar impressions (Brian Joo’s impersonation of a black woman for instance), which is a shame since these things carry a lot of influence. Of course this gives way to also state that these stereotypes work both ways as many stereotypes exist about the K-pop community itself, and of course could not be further from the truth. 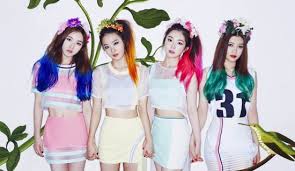 The point, however, is that as a member of an idol group managed by one of the largest entertainment companies in Korea, she naturally has a fan base filled mainly with young, impressionable minds who will further become desensitized to the plight that comes with this issue. As such, the negative connotations behind such statements become that much more enforced, making it that much harder for those being labelled to escape from the prejudices being made against them. Regardless of whether or not she did it as a joke, there should be more tact involved and potentially hurtful impersonations like these should not be used as a means to get a laugh out of a crowd.

What do you think about this issue? Are people overreacting or is the criticism justified?