TheFineBros and K-pop, Through a Fan's Eyes 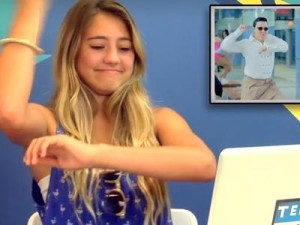 Why is it that K-pop fans react so strongly to people outside of the fandom giving their opinion on the genre? Perhaps defensiveness is simply an inherent trait of any fandom, or perhaps its just us. Regardless of that, TheFineBros – a professional video-making duo on YouTube – have certainly experienced the gamut of fan defensiveness and attitudes because of their videos about K-pop.

While showing the uninitiated K-pop music videos may be something we’ve all given a try, it comes across very differently when it is being done publicly for entertainment as opposed to in our bedrooms with good friends.

Out of human decency, outsiders should be given the benefit of the doubt and treated like potential fans, not potential enemies. It isn’t fair to try and hoard the access to K-pop for ourselves when there are so many people that haven’t even heard of the genre. And yet, any time a Western media source advertises their attempt to discuss K-pop I have to try my hardest not to groan immediately. You know they aren’t doing it to seriously get more people into K-pop as a genre but for the bemusement of the public and the page hits instead.

For all the talk of the Hallyu wave, it is impossible to shake that sense of ownership we have as fans. Especially if you are a fan that has been around long before the genre grew to international popularity, when the idea of a US or European tour was a pipe dream. Perhaps the trepidation towards outside sources comes from the fact that so many outlets have handled their K-pop coverage so poorly in the past. A magazine tries to talk about K-pop and ends up butchering the facts – or worse, violating a fandom head-cannon – and it is all downhill from there. I hate to associate myself with the screaming all-caps users in the comment sections of these editorials, but I admit that I too feel a sense of hurt and anger when I see K-pop done a factual injustice.

However, it is impossible to keep the many parts of the internet from colliding, which brings us to TheFineBros on YouTube.

Buzzfeed and other international article sites aside, YouTube is the one place that K-pop rules the roost all of the time – not just occasionally, when a rogue writer decides to acknowledge it. “Gangnam Style” reigns supreme as the most viewed video and, honestly, how many of us discovered the world of K-pop through a MV we found on the YouTube sidebar? It only seems natural that the other users of YouTube would eventually realize that K-pop is out there.

TheFineBros do many things, but one thing they specialize in is finding the odd, scary, quirky, gross, and entertaining parts of YouTube and then sharing them. That should already tell you something about their approach to K-pop. The format is simple; they show individuals a unique video, they film the reactions, then voila! Internet gold.

Their Kids React segment has been around since 2010 and those videos instigated the creation of Elders React, Teens React, YouTubers React, and most recently Celebrities React. While YouTubers React is my personal favorite, all of their video segments get tons of views and the react episodes in particular known for causing controversy in the entertainment world. Miley Cyrus and Robin Thicke certainly weren’t pleased about the feedback on their MVs from the teens. 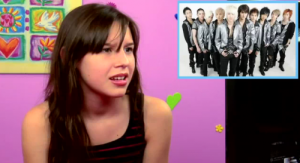 K-pop fans haven’t been too pleased with the reaction K-pop has gotten, either. TheFineBros have done several videos relating to K-pop and each one has had me cringing, wringing my hands and shaking my head. Why? Because it is terrifying to think about what they are going to say and how other K-pop fans are going to react. I analyze each video for any slight or specific insult that may bring hell fire raining down on these poor ignorant innocents who did nothing wrong but give their honest opinion. It may seem like I have little faith in my own fandom, but that is only because I know myself too well and how unnecessarily offended even I get sometimes when it comes to K-pop.

The first K-pop related video TheFineBros did was a Kids React episode. If you’ve watched it, maybe you can understand why some particular types of fans may have been upset by the comments the kids made. But that’s just the thing, they’re kids! That girl that called Super Junior ugly – inevitably making one million ELFs livid – is only 11 years old. Perhaps it was because of the backlash to this video that TheFineBros have stuck to YouTubers react to K-pop since then. Which, thankfully, have been less controversial and hopefully saved any more children from receiving death threats.

While as a fan I do dislike seeing K-pop criticized and compared to One Direction, the fandom’s backlash to these videos is worrying. Both of the YouTuber’s React to K-pop videos include people saying something that is their personal opinion – even if it may be misinformed – and then immediately apologizing because they are afraid to making fans mad. It begs consideration, whether they are reacting specifically to a fear of K-pop fans’ infamous wrath or if it is simply a knowledge of fans in general and how sensitive they are that causes these apologies. 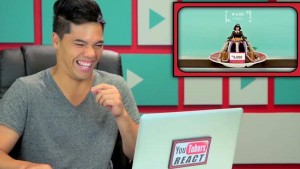 It does give a sense of power to the K-pop fandom – that we can bring a well known YouTuber to their proverbial knees — but it isn’t power I’m particularly comfortable with. While the fandom donating millions in money, rice, and other necessities to various charities is something I gladly claim as part of the K-pop identity I do not feel the same way about the fandom’s renowned ability to crush any alternative opinions. If we, as a fandom, were going to reply to any aspect of these reaction videos it should be the casual racism or the dismissive humor, not a YouTuber’s personal opinion that Shinee has silly hair.

At the end of the day, these videos are meant to be humorous and many YouTube stars are essentially comedians. We should all be aware of this when watching — and yet it is difficult to separate oneself. It must just be a part of human nature to want to defend these little important pieces of our identity like K-pop or any other valued hobby. But even if it feels like the comments made in react episodes are personal, they aren’t. They are all comments of the uninformed, which can hardly be condemned. Unfortunately, even with a detailed explanation of why K-pop is so amazing and why we love it so much there is no guarantee that the YouTubers in question would ever see it as anything but a funny diversion.

The strange thing is that as many fans react negatively to the The FineBros videos about K-pop, just as many beg for more episodes dealing with K-pop. It is true that not every reaction is negative. Sometimes you even get fans like danisnotonfire and the ladies from SourceFedNERD who brighten up the entire experience for us fans. And sometimes the truly unexpected happens, like the time Ryan Higa (aka nigahiga) said he didn’t know anything about K-pop when he in fact had done a video with Jay Park. Are these little moments worth the controversies, for us as fans and for TheFineBros as video makers?

Apparently, yes, since they keep doing these videos. Inevitably they are getting a truck load of views out of it as well. Nothing gets the page hits like saying something controversial, as we know all to well here at Seoulbeats, and no one knows how to hit a page quite like the K-pop fandom. Who cares if they mistakenly showed DBSK as OT5, they said that they’re the best group ever – better than EXO! — so let the view spamming commence!

But really, is it ok for them to misrepresent a huge piece of K-pop history so grievously like that? Perhaps this is what it comes down to — for me at least — that it feels almost wrong for people with no stake in the K-pop world and almost no actual knowledge of it to share it with the public like they do.

It is a selfish thought that only fans should be able to talk about K-pop, but it is true that the sense of ownership comes back when mistakes like this happen. Even though I’m not a Cassie, I still felt like I had a heart attack when I saw that photo of OT5 and then no explanation of the breakup followed. Realistically, though, what should we expect? TheFineBros and the YouTubers aren’t there to learn about the incredibly complicated legal past of K-pop, SM Entertainment, DBSK, and everything that has happened since – because that would take forever – they are there to watch an MV and give a shallow, yet genuinely amusing, reaction that’ll make people laugh.

It is with sick fascination that I re-watch these videos over and over again because it is both satisfying to see strangers react to something I love in a positive way as well as painful to hear them not take it seriously. Which is hypocritical of me, since the fun and the lack of seriousness is one of the biggest parts of K-pop I love. So why does it offend me when others don’t take it seriously? Perhaps it goes back to the identity issue. K-pop feels like a part of me and because of that it is like they aren’t taking me seriously. That may seem illogical, but that’s human emotion for you. 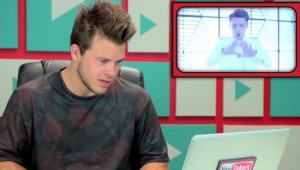 Whatever the people in these videos may actually say, it doesn’t change the fact that the first YouTubers React to K-pop video has over 12 million views and their second already has over 2 million and it only came out on August 21st. That is a lot of people being exposed to K-pop and in a mostly positive environment – and now that danisnotonfire is openly a fan I can only imagine there will be a new influx of his fangirls converting.

At the end of the day, I’m a fan of TheFineBros videos in general, but it is difficult to reconcile any other part of the media world with the K-pop part of my life. K-pop is special – not only to me, but to so many people – and the feelings of fan ownership are so strong that they sometimes blind us. I don’t see TheFineBros doing many more of these videos anyway – because they are too repetitive – but perhaps if another “Gangnam Style” type situation occurs they will do a react about that. Between the views and the priceless reactions from their guests, it is difficult to imagine them leaving K-pop alone indefinitely, and despite my trepidation I guess I don’t really want them to anyway.