Beast Are Not Shadowed With Their Latest 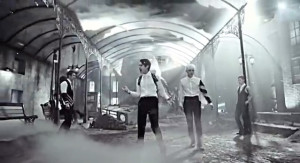 If there was a group that could seemingly do wrong, it would have to be Beast. They have a back story that would move fans, they have concepts and songs that appeal to most listeners and most importantly, all the members in the group each play a distinct and important role in the group.

But lately, there has been too little action from them — they released their last song a year ago — and it could be argued that their brand of slickly produced, smooth sounding pop could be sounding a bit dull in the face of edgier and newer sounds by recent debuts.

It’s in more challenging grounds that they release their latest album, and with it, the promotional single “Shadow”. Let’s see if they do well to rise to this challenge. 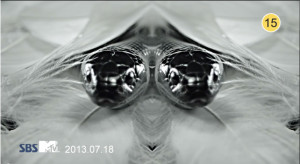 First impressions are that the song delivers on its promise. The song opens with a litany of distorted sounds and electronically processed vocals before cutting to the main hook, with Junhyung’s rapping layered over it. While I am not the biggest fan of idols rapping, I don’t hold much issue with Junhyung. He demonstrates decent flow and does not sound like he’s just trying to talk some lyrics over music.

After that, the song cuts into the main beat, which alternates between a piano played in the lower registers and a more subtle fuzz in the background, together with a constant throbbing note. This part demonstrates a Beast strongpoint very well in terms of song composition. While there is a fair amount going on in the song, and while the individual elements run the risk of being annoying, the production has done well to smooth off some of the rough edges, while still retaining what makes the song engaging. The result is a song that is extremely easy to listen to, but is still sure to not wear out its welcome after a week or two due to being too bland or harsh on the ears.

Another sign of smoothness in this song: the approach to the vocals. While it’s still easy to pick out who is singing what, there isn’t any out-of-control belting or any errant flat spots in the vocals. Again, this is another example of how Cube Entertainment manages to strike a nice balance between impressing and not overdoing it.

So it’s high-fives all around for the song, but what about the music video? The video largely plays up the theme of mystery by structuring it around objects with a mysterious and slightly creepy air to them, like a snake and a skull. The theme is further emphasized by the rather grey and dark sets. 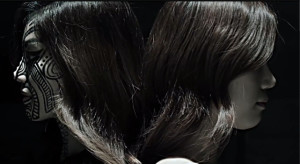 Some interesting touches in the video included the mirror effect as well as a figure with a painted face. That face supposedly represents the “shadow” mentioned in the song and seems to serve as a metaphor for a “dark side.”

As for the fashion in the music video: after the coats of many colours that characterised “Beautiful Night”, it’s nice to Beast again err on the conservative side again. They stick to a classic shirt and pants look that makes them look good and not garish.

With regard to dance moves, Beast have always been one to eschew tough choreography for simpler moves that work when done in unity. However, as always there is a hook move, which here is of them turning to a side, then crouching slightly and covering their faces as if in pain. While the move is not exactly hard to do (or imitate), it remains to be seen if it would catch on with K-poppers.

This concept has basically proven why Beast are still very much at the top of the game even after their absence. With “Shadow,” they have yet another song that strikes a nice balance between attention grabbing and smooth, and is again hard to criticise on an objective level. Sure the song and the MV might seem a little dull on first impressions, but with just a little time, its subtle but lasting charms would start to show. For that, it gets a 4.5/5.