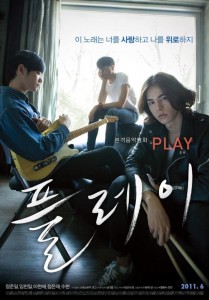 Jung Joon-il, a singer, pianist and composer, is stuck in a dead-end studio job where he has no creative control. One day he quits, telling his boss, “I just want to play my own music. I have to try.” He’s immediately sidetracked by his girlfriend, Soo-hyun, who announces that she plans on moving to the Netherlands after getting the internship she wanted. He processes his feelings by writing music in his apartment (to the annoyance of his neighbors) while moonlighting at a jazz improv bar.

With his flower boy looks, Lee Hyun-jae works as a model to pay his school bills, but what he really wants to do is play music. He shows up at his friend’s gig and grabs a chance to go on stage for a set. During the set, the pianist is sitting limply at the piano and doesn’t rouse when the bassist finishes his solo. To cover Joon-il’s non-participation, the bassist signals Hyun-jae to take a solo on the drums. Hyun-jae does so handily, breaking Joon-il out of his distraction.

Lim Heon-il works as a session artist (cameo by Sweet Sorrow!), growing steadily impatient with playing music not to his liking or arrangement. He begins a slow-burning flirtation with Eun-chae, a mysterious artist’s assistant who is in in Seoul and working on her vacation from attending school in England. He works off his frustration by performing a solo acoustic set at a coffee shop, which Joon-il happens to see.

The film, Play, tells the story of how these three young men formed a band through these chance encounters and got discovered. It chronicles the creative struggles, relational vicissitudes and professional missteps the band goes through while under the pressure of trying to attract a label to sign them. Just at the moment when all seems lost, the boys are offered a chance to busk in the lobby where fans are waiting to see the indie folk rock band, The Swell Season. Glen Hansard, its guitarist and singer, catches their performance and invites them to join him on stage. Upon learning that the band has not chosen a name, he introduces them as his mates. Thus, the band, Mate, is named. 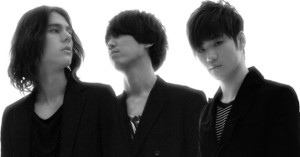 Though based on Mate’s true story, the film is not a documentary of candid, behind-the-scene moments. The band members are playing themselves, thus lending a sense of veritas to the film, but this truthfulness cannot elevate the juvenileness of the band’s passion. The film needs to acknowledge the fact that their experiences of love and loss fuel the music they create, but there’s a disconnect between the beautiful and stirring love ballads that Joon-il writes and his onscreen frigidity towards Soo-hyun. Despite the film’s insistence in Act I that all the members want to do is play music, the band is soon derailed by emotions boiling over and being misdirected towards each other. Frustrated by the lack of interest from labels and their relationship problems, they take a hiatus. The emotional and relational fallout of the romantic implosions suffered by Joon-il and Heon-il is movingly expressed in Mate’s music, but onscreen, it is unsuccessful in raising the emotional stakes high enough. The same goes for the hiatus. Since the stakes are low, the emotional payoff at the conclusion of the movie doesn’t soar. 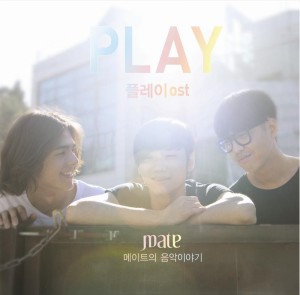 “Rock is the music of youth,” Joon-il declaims to the others on their first band meeting. The strength of Play, like any good musical movie, lies heavily in its soundtrack. Comprised completely of songs, written, composed, arranged and performed by Mate, the OST captures the youthful passion and uncertainty of its subject matter perfectly. It is difficult to recommend this movie on its acting and cinematography alone, but as an introduction to the immensely delightful music of a great band, and as counter-programming to the manufactured glitz of the K-pop idol scene, it provides satisfaction to purveyors of good music and fans of the band.